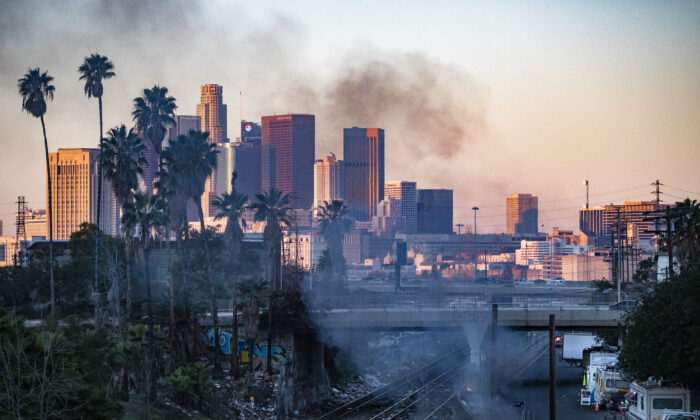 LOS ANGELES—In the first half of the year, there were 181 homicides in the City of Los Angeles, the highest number in the past 15 years, according to data released Monday by a nonprofit news organization.

According to Crosstown at USC, a nonprofit news organization based at the USC Annenberg School of Communication and Journalism, there were 178 homicides in the city during the first six months of 2021.

By the end of last year, 397 homicides occurred in the city, the highest number since 2007, according to Los Angeles Police Department (LAPD) data complied by Crosstown.

The 181 homicides in the first six months of 2022 is the highest total since 2007, according to Crosstown. But whether it means the city this year will surpass the soaring number from 2021 remains to be seen.

Crosstown’s report noted that killings tend to spike in the summer, with 48 homicides recorded in July of last year.

More than 75 percent of the homicides so far this year involved some type of firearm, according to Crosstown.

Of the homicide victims in the first half of the year, 158 were male, while just 12.7 percent of victims were female.

Crosstown’s data indicated that arrests were made in 43 percent of the killings in the first half of the year.

The report noted that the data only reflects crimes that were reported to the LAPD, not how many crimes actually occurred.