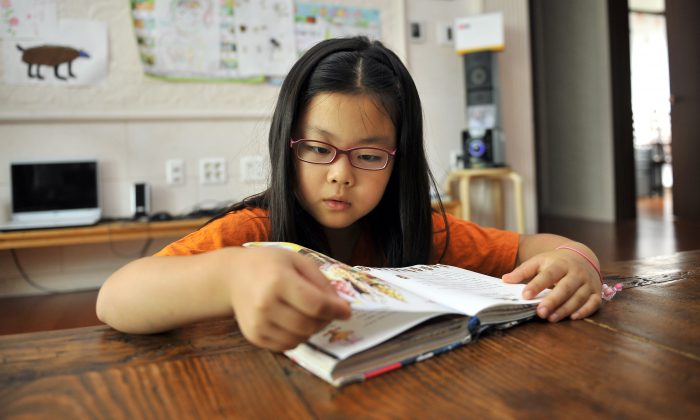 Homeschooling is On the Rise in Australia. Who is Doing It and Why?

This is the first article in our four-part series on homeschooling in Australia. The series will answer common questions including whether homeschooled children have enough opportunities for socialisation, and how their outcomes compare with children who attend formal schooling.

Home education is a legally recognised alternative to enrolling a child in school in all Australian states and territories. Children need to be enrolled in either a school or home education from around the age of 6 until completion age (around 17 years-old). If the parent chooses home education, they must apply to the state or territory authority for permission.

In most states and territories, the parent or a hired registered teacher is responsible for the education of the child, usually at the child’s home. Any parent, regardless of their educational background, is legally able to apply for, and homeschool their child.

Parents must submit a plan for their home education, which, in most cases, should show an alignment between their child’s learning and the national curriculum. Parents can buy a program, but in most cases, they develop their own, in line with their philosophies of education.

How Many Australian Children are Being Homeschooled?

Across Australia, there are around 20,000 homeschooled students and the numbers are growing. Around 1,100 students were being homeschooled in Queensland in 2013. By 2018, this had increased to 3,232 students.

This means there are around the same number of homeschooled students in Queensland as the population of Brisbane State High School.

These numbers may not tell the whole story as they only represent families who have registered to homeschool their child. Research suggests there may be thousands who haven’t registered, and so are homeschooling their children “illegally”.

Why Do Families Choose to Homeschool?

There are many reasons parents choose to educate their children at home. For some families it will be because of religious beliefs. Geography or financial reasons might stop these families from accessing a suitable private school.

Other families might be ideologically opposed to mainstream schooling and see it as an unnecessary or inappropriate intrusion into family life.

Some of the biggest growth in home education is in the “accidental” home education group. These are families for whom school was a first choice, but it did not work. There are many reasons school may not have worked, but often it’s down to special educational need. These families would traditionally have moved their children around between schools but are now homeschooling instead.

Studies suggest families who take their children out of school, when they have a special need, and homeschool are more satisfied with their child’s education than when they were in traditional school.

The rise in homeschooling also appears to have links to worldwide changes in education. Many parents see schools as failing their children including for cultural reasons, and believe homeschooling is a suitable alternative. Some families feel schools are not meeting their primary objectives of education and (healthy) socialisation for their children.

After a period of time (in Queensland, for instance, it’s ten months) parents report to their state or territory’s education department on their homeschooled child’s progress. The reporting requirements differ across states and territories.

For some states, such as NSW and WA, the report is delivered to a person who visits the family. For others, such as Queensland, the parent writes the report and sends it to the department.

Unlike traditional schools, parents don’t usually “assess” their child’s learning through exams or assignments. The reports must show progress in key areas. Some homeschooled students might choose to participate in NAPLAN testing while others won’t do any testing at all.

Homeschooled students can choose to go for an ATAR and do a school-based apprenticeship or traineeship, even though they don’t do assessment.

Is It the Same As Distance Education?

Some parents may like the idea of home education but feel they want a more school-like experience. They may choose to enrol their children in distance education.

The differences are many. Home education is conducted by the parent, but distance education is a school program delivered by teachers at home frequently using the internet. It is also usually delivered to a group of children, rather than a family.

The volume and quality of the research on outcomes for children in home schooling is limited. In Australia, studies have focused on NAPLAN results. These suggest home-educated students score higher than state averages across every measure. The effect continues even if the child returns to school.

These children may be doing well because they receive one-on-one attention. Or it could be because the child’s learning is personalised and the child has agency over their learning.

Studies from the US, where there is far more data, suggest home-educated students enjoy benefits in reading, language, maths, science and social studies. And many families there cite dissatisfaction with schools’ achievements as a reason to home educate. There is no difference between home education in the USA and Australia.

The rise in numbers poses issues for education departments and government authorities charged with managing the practise. They may not be set up to deal with large, and increasing, numbers of registrations. For most departments of education, the numbers of families choosing home education has traditionally been low.

In addition, authorities may be unable to police those families who choose not to register.

The increasing choice of home education is an issue that should be on the radar of every state and territory education authority.

Rebecca English teaches in the School of Curriculum in the Faculty of Education at Queensland University of Technology. She was a teacher in both the Catholic Education and Education Queensland sectors for seven years. She holds a PhD from Griffith University.