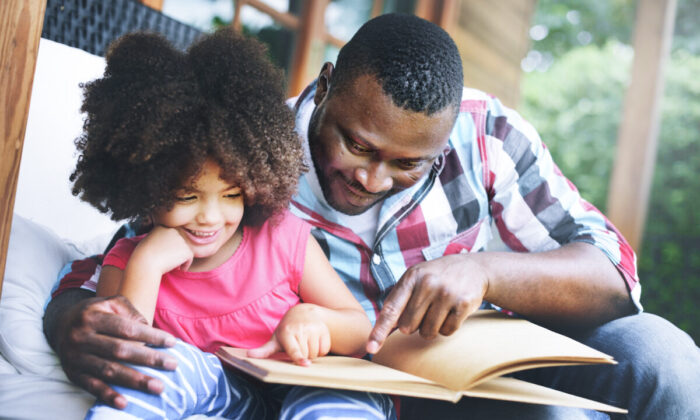 Homeschooling is an option at any time of year, at the parents' discretion, not just at the start of school or between semesters. (Rawpixel.com/Shutterstock)
Education & Family News

For Sandra Kim and many other parents, March 2020 feels like a decade ago.

Since that time, the structure of how children are educated has transformed after the pandemic sent everyone home.

By 2021, school board meetings throughout the United States had become controversial, with the ever-shifting COVID-19 medical policies as well as the school curriculums brought into question, possibly contributing to what has been called a “dramatic rise” in homeschooling.

Dr. Steven Duvall, director of research with the Home School Legal Defense Association (HSLDA), told The Epoch Times that in 2017, it was reported that 3.3 percent of homes across the country were homeschooling.

In 2019, the National Center for Education Statistics released a report stating that between 1999 and 2016, the number of homeschool families nearly doubled from 850,000 to 1.7 million students.

In Spring 2020, the U.S. Census Bureau put out the weekly Household Pulse Survey, results of which indicated that the number grew to 5.4 percent, Duvall said.

Then came the period between Spring and Fall in 2020, when the number of households with school-aged children increased from 5 to 11 percent.

In the Spring of 2021, the number reached 18 to 19 percent before the U.S. Census Bureau eventually adjusted the homeschooling levels back down to 11 to 12 percent of 32 to 33 million households with school-age children, Duvall said.

Though homeschooling has primarily been a trend of the white middle class, Duvall said that number has now expanded into more income brackets and more communities.

“It’s evident that the numbers are still climbing,” Duvall said. “Our membership continues to increase, with more inquiries about homeschooling all the time.”

Kim, the media relations manager for HSLDA and a homeschooling parent, told The Epoch Times that HSLDA itself has grown by 23,500 over the past two years, representing a 28.35 percent increase.

Kim said she and her husband began homeschooling their three children in 2020 because of the technical difficulties that came with Zoom calls, the amount of screen time involved, and curriculums that “weren’t moving the ball forward.”

“Trying to get three kids on three different Zoom calls was frankly a nightmare, because my husband and I also had Zoom calls, and the two little ones were too young to navigate it by themselves with the clicking, muting, unmuting, and turning your cameral on and off,” Kim said.  “Then there was a lot of busywork that involved printing out exercises that we already knew how to do, or was repetitive, so it wasn’t pushing the education ball forward.”

HSLDA is a nonprofit advocacy organization located in Virginia that helps parents in the United States and abroad in the homeschooling process.

It has attorneys and education consultants to assist parents in maneuvering through varying state requirements for homeschooling.

HSLDA was established in 1983 when it was illegal to homeschool, Kim said, and over 40 years, it has worked to legalize homeschooling in all 50 states.

According to Kim, HSLDA’s attorneys help parents, school officials, and legislators understand the complexity of state homeschooling laws, and its educational consultants customize guidance for parents on questions from special needs to creating high school transcripts for college.

Over the past two years, public schools have become overwhelmed with homeschoolers because, Kim said, many school administrators don’t understand homeschooling law well enough to respond to parents correctly.

Because public schools get funding based on the number of students enrolled, they lose money with each child pulled out. As a result, some administrations have been known to make it difficult for parents to remove their children. This is one of the areas where HSLDA provides legal counsel.

After one family had begun homeschooling their four children, they were taken to court on allegations that their children needed government intervention based on lack of school attendance.

An attorney with HSLDA was able to show that the family followed the law and got the charge dismissed.

However, according to HSDLA, the prosecutor was initially reluctant to dismiss the case without the family presenting evidence of their children’s educational process, though the attorney eventually acquiesced.

This encompasses a variety of avenues and resources, such as an online academy, work at home with the family, field trips, a cooperative (co-op), and teaching pods, all parent-directed.

“One of the myths of homeschooling is that the parents do it all by themselves, which sounds quite overwhelming,” Kim said.

However, homeschooling often involves nontraditional classroom settings, such as the co-op and teaching pod.

Co-ops can involve eight weeks of unit studies such as anatomy or Greek mythology taught by parent volunteers in church auditoriums.

“It’s really more like a traditional school,” Kim said. “There’s a Pledge of Allegiance, and then the kids break off into classrooms with different studies. There’s a PE class, and after they have lunch together, they are dismissed.”

For Kim’s location in Virginia, this takes place from 9 a.m. to 1 p.m.

“This gives them a chance to get out of the house and meet other homeschooled kids,” Kim said.

Another option is the teaching pod, she said.

“A pod is a new term that came out of the pandemic,” she said. “In neighborhoods, parents get their kids together and form pods and pay a teacher to come in and teach. Some are formal, some are informal.”

Overall, working parents such as herself and her husband have found what they once thought was impossible was in fact possible when they took the leap into homeschooling, Kim said.

“We have really enjoyed the time with our children learning and relearning about everything,” Kim said. “We really love to be able to teach our children our loves and passions for geography, history, and learning languages.”