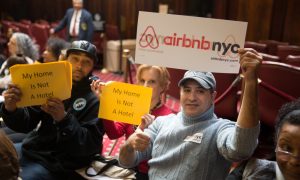 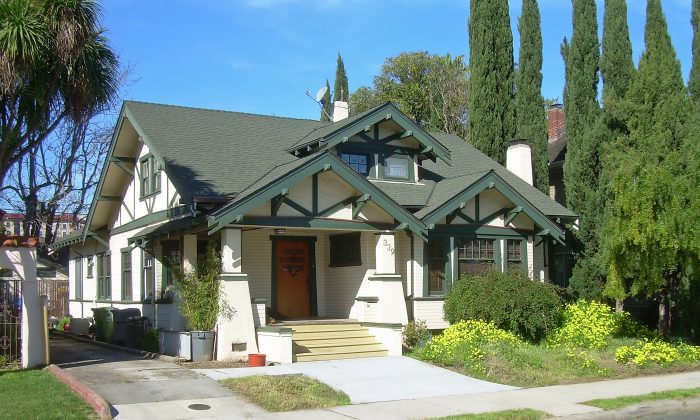 Homeownership Losing Role as Lynchpin of the American Dream

But given the economic conditions many Americans continue to face as a result of the 2007–2009 recession, the housing industry has little reason to celebrate homeownership at the moment.

Owning a home no longer plays the same role in the lives of Americans that it has in the past. And it is clear that many middle-income Americans cannot realistically aspire to become homeowners anytime soon.

Until recently, Americans felt they had achieved financial success if they owned a home, could put their children through college, had secure and stable retirement income and had upward mobility. However, recent polls and surveys suggest that, for many Americans, homeownership is no longer a core component of the American Dream.

A recent survey found that most Americans are now more concerned about having enough money to retire comfortably than about becoming a homeowner. Homeownership was the top indicator of financial success for only 11 percent of the adults who were surveyed by the American Institute of CPAs. More than twice as many (28 percent) felt that having enough money to retire comfortably was most important, and 23 percent put being able to give their children a debt-free college education at the top of the list.

As we head into National Homeownership Month, the good news for the housing industry is that the results of a separate survey indicate that most millennials prefer and intend to buy a single-family detached home. Likewise, as rents continue to increase, some renters may choose to buy a home rather than continue to pay ever-rising rents.

Still, the bad news about homeownership by far outweighs the good. Even though most millennials desire to own, more than 40 percent believe they cannot afford to make a down payment or pay for the costs associated with buying a home, and 47 percent doubt that their credit is good enough for them to qualify for a mortgage.

Millennials are not the only renters worried they cannot afford to buy. The New York Federal Reserve recently released results from its 2015 Survey of Consumer Expectations, which shows that 64 percent of all renters indicated it would be hard for them to obtain a mortgage.

Americans of all ages are renting rather than buying, mostly because wages have been stagnant for all workers except the highest earners for about three decades, and because wages have not kept pace with home prices. In addition, potential first-time home buyers and those with blemished credit are being shut out because stricter lending standards make it harder for them to qualify for a mortgage loan.

The U.S. homeownership rate has now reached a 20-year low. At the same time, the rental rate has risen to an almost 30-year high. Americans, and particularly younger adults, are avoiding homeownership for a number of reasons.

Many millennials watched their parents lose their homes during the housing crash, while others witnessed home values plummet during and after the recession. Given the massive wealth losses families suffered, younger Americans are understandably more cautious when deciding whether buying a home is worth the long-term commitment and risk.

Millennials are also less likely to be (or aspire to be) homeowners because so many of them are buried in student loan debt—making them less credit-worthy for a mortgage.

A recent report indicates that Americans born between the early 1980s and early 2000s account for about 60 percent of student debt, yet they do not have higher wages to repay it. The Standard & Poor’s report notes that, since the end of the recession, student debt has surged at a pace more than six times that of hourly wages.

Most wage gains since 1979 have gone to the highest-paid workers, while wages for middle- and lower-income workers have barely kept pace with inflation, according to the Economic Policy Institute, a nonpartisan think tank.

Even Americans who can afford to buy homes are now avoiding homeownership. The Apartment List Renter Confidence Survey polled 18,000 renters and found that most—especially those who are younger, lower-income and less educated—are not optimistic about the direction of the U.S. economy. And those fears about the economy made them less optimistic about the benefits of homeownership than older or more educated Americans.

When Will the Housing Market Recover?

The millennials who report that they hope to be homeowners one day are delaying home buying at rates that exceed those for baby boomers and prior generations at their age.

As they are now the largest cohort of American workers and, thus, the biggest group of potential new home buyers, the housing market will never fully recover until they start buying homes.

And while many Americans may aspire to own a homes, homeownership will not rise until wages increase. Homeownership rates are positively correlated with income: the more renters earn, the more likely they are to plan to buy a home.

During National Homeownership Month last year, the then-Secretary of Housing and Urban Development stressed the need to reaffirm the role that “home” plays for middle-class Americans and their neighborhoods and announced the Obama Administration’s commitment to “preserving the dream” of homeownership. This year, however, fewer Americans seem convinced that the dream of homeownership is worth pursuing.

Until renters become more optimistic about their economic future, they will not be convinced to buy homes. And until they buy homes, there will be little reason to celebrate homeownership.

Mechele Dickerson is a professor of law at the University of Texas at Austin. This article was originally published on The Conversation.