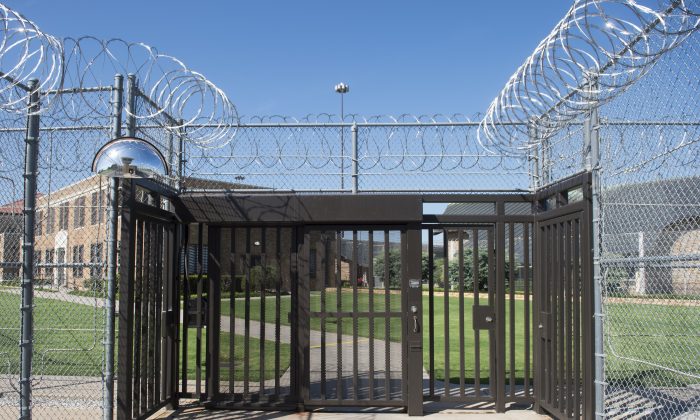 Over the past decade, re-offending rates among short-term prisoners have barely changed. According to statistics from 2013, 59 percent of prisoners on sentences of less than 12 months went on to commit further crimes—almost identical to numbers in 2002. But there’s little appreciation for just how important housing can be when it comes to the likelihood of re-offending.

When they are incarcerated, prisoners do not only lose their freedom—they are also very likely to lose their accommodation. A Ministry of Justice survey in 2006 found that the re-offending rate falls to 47 percent among prisoners who have housing on release, but rises to 79 percent if they are homeless.

The survey showed that, at the time of sentence, 16 percent of short-term prisoners are homeless already, while a further 34 percent are living in insecure accommodation. Of the remaining half, 34 percent are unemployed and dependent on housing benefit, to which they lose their entitlement after 13 weeks. Failure to maintain rent payments or terminate a tenancy means that a prisoner will run up debts, which may further complicate access to accommodation on release.

A lack of accommodation on release increases the likelihood of re-offending for three reasons. First, offenders needing somewhere to live—with only their 46-pound ($68) prison discharge grant in hand—may well revert to their former social networks, and fall back into patterns of crime. Second, a lack of housing offers little incentive to stay out of prison, where at least there’s food and shelter. And third, it jeopardizes access to services to help them address problems and potential work opportunities, not least because services such as GP surgeries, employers, and banks normally require an address.

A lack of housing offers little incentive to stay out of prison, where at least there’s food and shelter.

From all this, it follows that any initiative that reduces homelessness among ex-prisoners will also reduce re-offending. And there has been no shortage of attempts to do so. In 2004, the Home Office set up the National Offender Management Service to take charge of resettlement, increase the availability of housing advice in prisons, and set a target to increase the number of prisoners released with somewhere to live.

As a result, the 2012 Prison Service Instruction contained a crucial commitment to screen all new prisoners for housing need, assist them in closing down tenancies and housing benefit claims, provide a housing information and advice service, and work with other government and charitable bodies toward these ends. But all this seems to have had a negligible effect on re-offending rates, as the above figures show.

More recently, the coalition government passed legislation that seeks to revolutionize prisoner rehabilitation. The Offender Rehabilitation Act 2014 relies on community rehabilitation companies to commission “through the gate” support for short-term, as well as long-term, prisoners. We’re still waiting to see the outcomes of this new initiative. But in the meantime, there is some evidence as to what works when it comes to helping offenders to find housing.

There is growing evidence that what happens at the prison gate is critical to the likelihood of re-offending.

There is growing evidence that what happens at the prison gate is critical to the likelihood of re-offending. I was recently involved in the evaluation of the New Keys project (only available in hard copy as chapter 6 of Social Policy Review 27, Bristol: The Policy Press), based at Emmanuel House Support Centre—a voluntary sector day center for homeless people in Nottingham—and at Nottingham Prison. New Keys staff went into the prison to prepare prisoners for release, met them at the gate in person, and accompanied them to pre-arranged accommodation and other services essential to immediate resettlement.

Who Are the Homeless and How Do We Count Them?
NYC’s New Homeless Plan Will Solve a Big Problem, Although It’s Only Tip of Iceberg

New Keys effectively arranged access to accommodation for the majority of its users. Of the 209 prisoners who received services from December 2011 to February 2014, 124 were able to access some form of secure accommodation. Other services included support from Emmanuel House, benefits advice, and access to employment and mental health and drug-related support. All these things are vital to preventing re-offending among a population that frequently falls into a vicious cycle involving drug, alcohol, and mental health problems, homelessness, and crime, as recent research funded by Lankelly Chase demonstrates.

New Keys has proved effective in breaking this cycle among short-term prisoners, who are willing to engage with the service in prison. The timeliness of the intervention was crucial to the program’s effectiveness. But so too was its way of working with former prisoners, characterized by flexibility, availability, reliability, and a capacity to instill a sense of self-worth. Emmanuel House was also crucial as a source of emergency support and access to a supportive social network.

The New Keys program undoubtedly helped to keep its clients out of prison by securing permanent accommodation and meaningful occupation, remaining accessible wherever possible, and never giving up in the face of repeated failure. The base at Emmanuel House was crucial to maintain the accessibility of the services. It was also an important way of restoring lost family relationships and other positive social networks, maintaining support beyond immediate resettlement, and coordinating other support services.

Like so many voluntary sector initiatives, New Keys ended when the funding ran out in 2014. The critical test of the Offender Rehabilitation Act will be whether it can provide greater financial security for “through the gate” initiatives of this kind, which can give prisoners a home—and a reason to stay out of jail.

Graham Bowpitt is a reader in social policy at Nottingham Trent University in the U.K. This article was previously published on TheConversation.com.