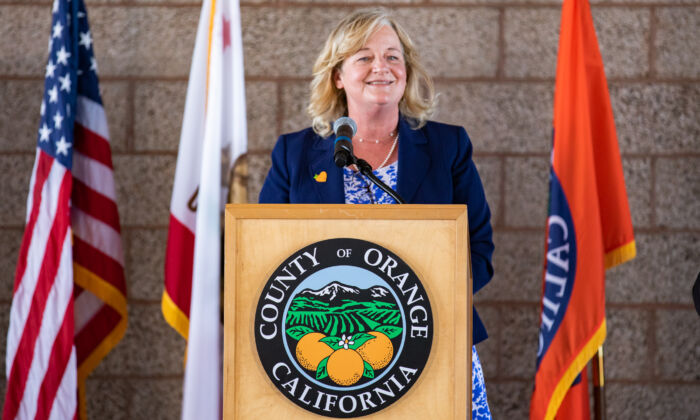 More veteran and youth housing including that which is intergenerational were suggested as possible new solutions for Orange County’s homeless population, during a hearing on the issue April 20, led by County Supervisor Katrina Foley.

According to the 2019 point-in-time homeless count—the last year data is available—the county had nearly 7,000 homeless individuals. Of those, about 300 were veterans and 275 young adults between the ages of 18 to 24.

“Last year we saw a record 396 deaths among the homeless population. … The status quo is unacceptable,” Foley said.

County officials, experts, and others who work on homeless issues from multiple cities made recommendations throughout the hearing, which ran just over four-hours.

They confirmed the main issues contributing to rising homeless numbers are addiction, mental health issues, and a lack of affordable housing.

Providing housing specifically for veterans was discussed as a paramount concern.

“We continue to house veterans at a record pace, and at the same time see an increase in our homeless veterans and specifically our chronic homeless,” Richard Owens, a community leader for such housing, said.

According to Owens, Orange County added over 60 chronic homeless veterans in the county since early 2021.

Panelists additionally expressed concern for homeless youth between the ages of 18 to 21.

Dr. Shauntina Sorrells, who sits both on a county committee related to homelessness and is with the Orangewood Foundation—a non-profit that helps at-risk youth facing homelessness—said one-third of the nation’s homeless youth live in California.

She said combining young adults with seniors with affordable housing would benefit both generations as they could each learn from one another by sharing wisdom and perspective.

A spokesperson for Foley declined to comment. It’s unclear what the next steps are regarding the outcomes of the solutions that were presented.