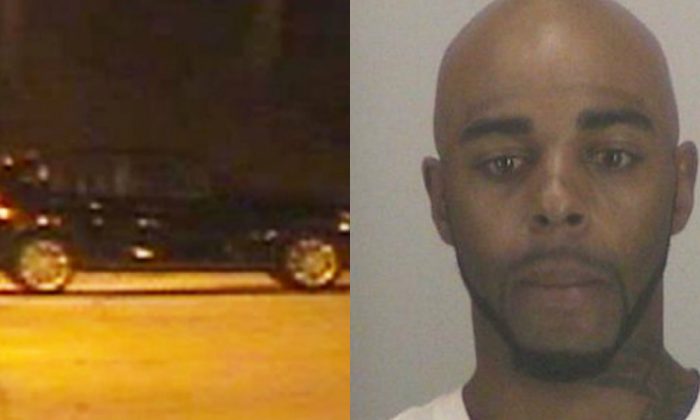 Screenshot/YouTube and Somerville police mug shot of James Morales
US

A homeless man discovered a small cache of weapons stolen from a military base in a park near Yankee Stadium in the Bronx. He returned them, and the weapons–M-4 rifle and two Sig Sauer M11 9-mm–were returned to its Army Reserve base.

The 51-year-old homeless man was collecting cans and bottles at Mullaly Park near Yankee Stadium when he came across a trash bag with the weapons on Nov. 11, police told the New York Daily News. The man then contacted the authorities.

The three firearms are among 16 weapons that were stolen from the Lincoln Stoddard Center armory in Worcester, Massachusetts on Nov. 11, reported CBS Boston.

The weapons weren’t reported stolen until Nov. 16. Nine of the 16 weapons have been recovered, CBS Boston said in another report.

“The FBI is working aggressively, along with our federal, state and local law enforcement partners across the region, to recover the remaining seven weapons,” an FBI spokeswoman told CBS.

The suspect in the case, 34-year-old Bronx man and Army reservist James Walker Morales, was charged with theft after his DNA was taken from the armory. He was tracked down by authorities in Long Island.

The FBI is investigating the case.

Morales was out on bail for sexually abusing a child. He allegedly used a power saw to break into the armory, CBS reported.

Surveillance footage allegedly showed Morales leaving the reserve center with bags that he stowed inside a black BMW, an FBI affidavit read, according to the New York Post. Morales appeared in a Long Island federal court on Friday, and the case was sent back to Massachusetts.

Investigators found that he broke a kitchen window to enter a drill room in the center. He then climbed to the top of the weapons vault before cutting a hole through the ceiling with a saw and a crowbar.

Throughout the whole incident, he was wearing a monitoring bracelet.

The FBI also stopped by the armory two days before the robbery to grab copies of his discharge papers.