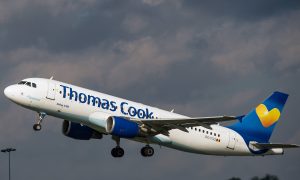 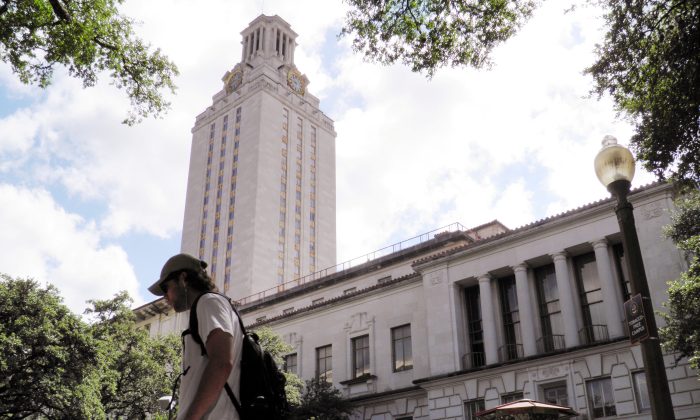 A student walks at the University of Texas campus in Austin, Texas, on June 23, 2016. (Jon Herskovitz/Reuters)
US News

A homeless man has been charged with making a terroristic threat after repeatedly telling a University of Texas (UT) Police Department officer that he was going to go “shoot all the rich kids at UT,” the officer said.

A campus police officer said Dakota Carl Blakely, 25, made the threats “repeatedly and calmly” during a medical examination at Travis County Jail on Sept. 22, where a nurse was also present. Blakely was taken to the jail after he reportedly assaulted a security officer at Dell Seton Medical Center, which is located on the UT campus in Austin.

The UTPD officer described Blakely as “handcuffed and running from police and security” when he first arrested the homeless man at the hospital, reported KXAN. For that, he was also charged with third-degree felony assault of emergency services personnel.

While at the jail, Blakely said multiple times that he wanted to “shoot up all the rich kids” at the university, and even told the officer: “I’ll shoot you.”

After the threats persisted for hours, Travis County Jail staff became worried for the “safety of the university community” and reported to police.

According to an affidavit obtained by the Austin-American Statesman, police said upon further investigation they discovered photos on Blakely’s Facebook page, “where he displays white supremacist imagery and points guns at the camera.

Jail records show Blakely has been charged with two third-felonies: making a terroristic threat with the intent to impair a public service or cause public fear and assault on emergency service personnel.

Blakely’s bail was set at a total of $65,000 and he is also prohibited from coming within 200 yards of the university.

Last week, an Oklahoma teenager was arrested after allegedly telling co-workers she would “shoot 400 people for fun” at the Oklahoma high school where had she dropped out as a freshman.

Alexis Wilson was initially charged with terrorist hoax, which was bumped up by the District Attorney on review of evidence to the straight charge of terrorism.

Alexis Wilson, 18, has pleaded not guilty, saying that her words were taken the wrong way by her co-worker as she showed them pictures of herself shooting a newly-acquired AK-47.

“We’d seen a video of her shooting guns,” Pittsburg County Sheriff Morris said, reported McAlester News-Capital. “She showed video to her friends and told them she had recently purchased a gun and told her friends she was going to shoot up the school.”

Pittsburg County deputies seized a black AK-47 with six magazines, according to the news outlet, along with a 12-gauge shotgun found in her bedroom.

Wilson is a former McAlester High School student who dropped out in the ninth grade.

A sheriff’s office incident report cited by McAlester News-Capital states that Wilson told a coworker she would “shoot 400 people for fun and that there were so many people at her old school that she would like to do it.”

Wilson told officers, according to the same report, that her coworker had taken what she’d said the wrong way, saying she “would never shoot up a school”

The report states Wilson said she used to be suicidal and “borderline homicidal to the people of McAlester school because she was bullied.”

The same report, according to Fox23, said that Wilson’s mother knew she had been saving for and buying the rifle, but since “Alexis has always shot firearms and had hunted,” she thought little of the matter.