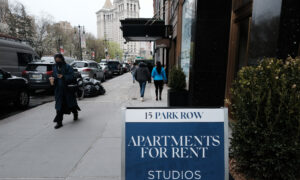 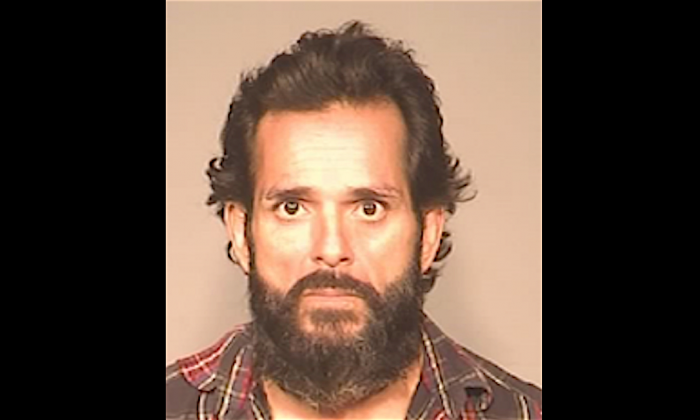 Christopher Martinez, 47, was arrested after attempting to steal a school bus full of children near Jensen Avenue and Highway 99 in Fresno, Calif. on Nov. 5, 2018. (Fresno Police Department)
US News

A homeless man reportedly attempted to hijack a school bus full of children in a frightening incident in south Fresno, California, on the evening of Nov. 5.

Police said 47-year-old Christopher Martinez approached the bus at around 6:30 p.m. in a parking lot near Jensen Avenue and Highway 99, and the man was behaving erratically.

The bus was carrying 41 students from Reagan Elementary School in the Kingsburg School District on its way back from a field trip to a science camp in Oakhurst, police told the Fresno Bee. The bus had stopped at a local business so that several children could use the restroom, and their teacher had escorted them inside.

Martinez, who is suspected of having mental health problems, then stepped on the bus and said he needed to go to a San Gabriel mission in Southern California.

He insisted he had to “go to the mission … Jesus is coming!” yelled the man, according to the police report.

Martinez than grabbed and hit the bus driver and tried to pull her out of her seat. However, she quickly snatched the keys out of the ignition so the bus was not drivable.

Martinez then walked up and down the bus while the driver and the teacher continuously shouted at him to leave. They told him he was not going to take the bus to San Gabriel, which is more than 200 miles from Fresno, or anywhere else.

Fortunately he did not touch any of the children, but he refused to get off the bus.

Meanwhile, a gas station clerk noticed the commotion and came to help. Eventually, they convinced the man to exit the bus, and the police soon arrived. The clerk and the others were hailed as heroes for protecting the children and resolving the situation.

The homeless man was later arrested and booked into Fresno County Jail on attempted carjacking charges, according to the Fresno Bee. His bail was set at $2,500.