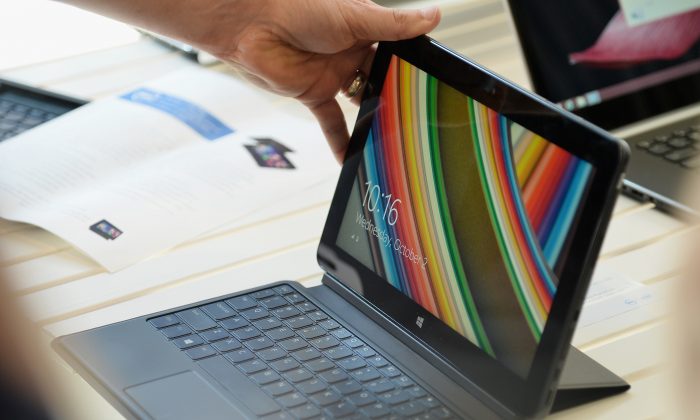 A new computer, DellVenue, on display after a Dell press conference in New York in October. A new law could allow the president to turn off the Internet during an emergency. (Mike Coppola/Getty Images for DELL)
US

A U.S. court has given the Department of Homeland Security 30 days to explain why it has not disclosed its plans for a rumored “Internet kill switch” that could shut down communications in a crisis.

The court order follows a back-and-forth between the department and the digital rights group Electronic Privacy Information Center (EPIC), which has been pressuring the Department of Homeland Security (DHS) to release the documents.

It began in July 2012 when the EPIC filed a Freedom of Information Act request with DHS for information on the alleged “kill switch.”

At first, DHS said it couldn’t find any records on the “kill switch.” EPIC appealed, and then DHS said it found a relevant protocol, one that likely comes from a law first penned in 1934.

An “Internet kill switch” fitting a similar description has been in place for years, and information on it is public.

Section 706 of the act, which describes the powers of the president during a “war emergency,” states if the president “deems it necessary in the interest of national security or defense,” he may suspend or amend the rules for “any or all stations or devices capable of emitting electromagnetic radiations” within a set spectrum.

The “stations or devices” that can emit electromagnetic radiations within the defined spectrum include the Internet, radio, and cellular phones. Under the act, the services or devices can be shut off for as long as the president “sees fit.”

Networks Closed in a Crisis

The protocol DHS found is called “Standard Operating Procedure 303,” and allows “a shutdown and restoration process for use by commercial and private wireless networks during national crises.”

EPIC was not satisfied with the information the DHS released. Most of the document was redacted. DHS said much of the information could not be publicly released because it disclosed “techniques and procedures for law enforcement investigations or prosecutions” or “could reasonably be expected to endanger the life or physical safety of any individual.”

The United States District Court for the District of Columbia rejected that reasoning. It gave the department 30 days from Nov. 12 to release the records. It has, however, left room for DHS to appeal.