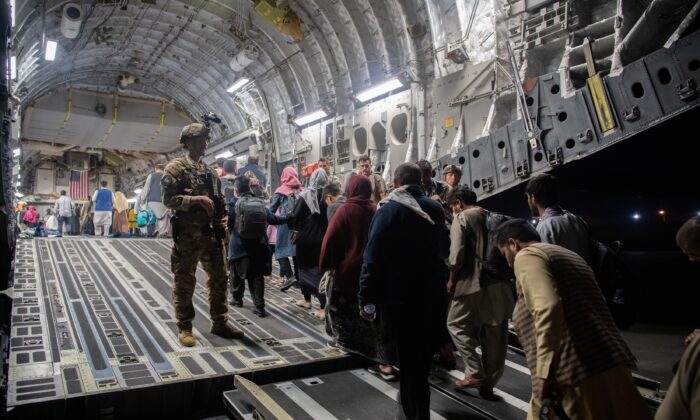 Homeland Security May Have Allowed Dangerous, Unvetted Afghans Into US: Inspector General

The Department of Homeland Security (DHS) failed to fully vet some of the nearly 80,000 Afghan citizens who were brought to the United States as part of the evacuation of Afghanistan that began in August 2021, potentially allowing individuals who pose a national security risk into the country, according to a government report.

The DHS’s Office of Inspector General (OIG) conducted an audit to determine the extent to which the department “screened, vetted, and inspected” the evacuees.

“We determined some information used to vet evacuees through U.S. Government databases, such as name, date of birth, identification number, and travel document data were inaccurate, incomplete, or missing,” the OIG said in its Sept. 6 report (pdf).

“We also determined [Customs and Border Patrol] admitted or paroled evacuees who were not fully vetted into the United States.” As a consequence, the DHS may have admitted individuals into the country who pose a risk to national security and threaten the safety of local communities, the OIG warned.

However, an earlier Department of Defense (DOD) report and whistleblower claims support the OIG report.

A Pentagon audit of the civilian evacuation effort in Afghanistan released in February warned about potentially dangerous individuals being brought into the United States.

One whistleblower claimed that the DOD failed to properly vet 324 Afghan evacuees who appeared on the department’s Biometrically Enabled Watchlist that includes suspected terrorists.