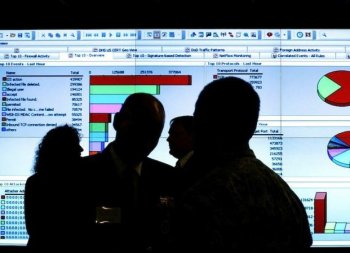 The Fine Balance Between Cybersecurity and Internet Freedom

The bill would include placing the responsibility to secure civilian and federal networks—deemed critical to national security—under the Department of Homeland Security (DHS). It would also establish new cybersecurity organizations in the White House and DHS.

The Protecting Cyberspace as a National Asset Act of 2010 was mired in controversy by rumors that it would place an Internet “kill switch” in the hands of the president.

The bill’s sponsor, Sen. Joe Lieberman (ID-Conn.), refuted the rumors, saying that the bill would actually limit the ability of the president to shut down the Internet—authority which is already included in the Communications Act of 1934. The act allows the president to shut down “any or all facilities or stations for wire communication” for up to six months, if there is threat of war and it is deemed necessary.

Controversy surrounding the new bill shines light on a larger challenge the United States has with cybersecurity and securing its networks. Each cybersecurity bill teeters between Internet freedom or privacy, and this has been the balancing act that challenges those concerned with securing the Internet.

The frontier of the Internet is just beginning to see governance move in, and is quickly nearing a crossroads about how open it will remain, as threats from hackers and foreign governments continue to grow.

“The threat of a catastrophic cyberattack is real. It is not a matter of ‘if’ an attack will happen; rather it is a matter of ‘when,’” said a document issued by Lieberman and Sen. Susan Collins (R-Maine).

The document stated there are an average of 1.8 billion cyberattacks each month on the computer systems of the executive branch agencies and Congress, reported the Senate’s sergeant at arms in March.

It added that “the former Director of National Intelligence Michael McConnell testified in February, ‘If we went to war today, in a cyberwar, we would lose.’”