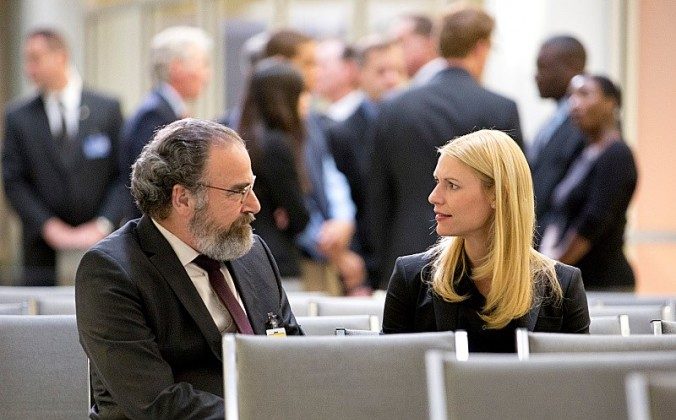 The season is set to start filming next month in South Africa.

Showrunner Alex Gansa finally pinned down where exactly Carrie will be based out of now, telling Variety that she will be a station chief that rotates between Islamabad and Kabul.

Writers have been working on the story since mid-January, and the show is going to change a lot with Brody gone and his family members only set to appear in an episode or a few episodes in the upcoming season.

“I think [the child] is going to be a big theme for her emotionally,” Danes said. “I think she probably escapes into her job. I think she hurls herself at it as a way to avoid some unresolved, very painful feelings to do with Brody.”

Her bipolar disorder will continue to have an impact on the series.

“Carrie’s mental condition and her bipolar illness is always part of the story,” Gansa said, “and she will be dealing with that again in season 4.”

Gansa also revealed other potential ways for the story that didn’t end up happening in season 3.

“But it became clear Claire’s Carrie had to send her soulmate someplace he wasn’t going to come back from.”

Danes said that filming without Damian Lewis, who played Brody, will be odd.

“I don’t think it’s really going to occur to me until we start filming again and Damian’s not there making fun of me in the makeup trailer,” she said.

“I think [Carrie] shelved a lot of feelings. And they will dog her through the season. … Realistically, Brody was broken in a way he couldn’t be mended. What was his place in society?”