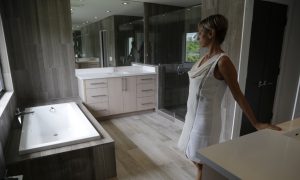 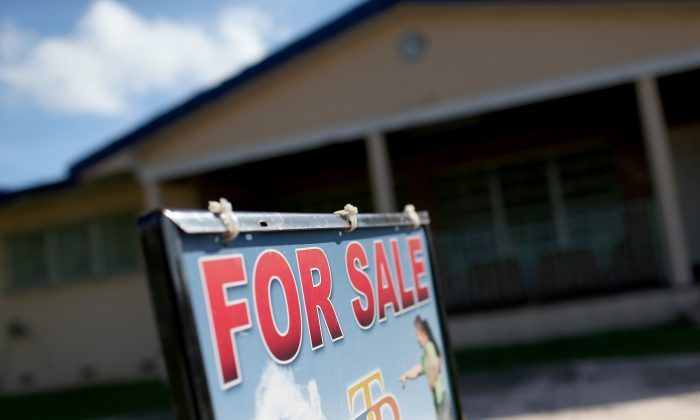 WASHINGTON—U.S. home prices rose in October at a slightly slower pace, as real estate sales have fallen and affordability has increasingly become a challenge for potential buyers.

The Standard & Poor’s/Case-Shiller 20-city home price index increased 4.5 percent in October from 12 months prior. The figures reported Tuesday mark the eleventh straight month of price gains decelerating and the smallest gain since October 2012.

The slowdown in price growth comes after surging double-digit increases for much of 2013. Home values climbed as the market recovered from bottoming out in 2011 in the aftermath of the housing bust and the Great Recession. But home prices have outpaced lackluster wage growth, leaving many potential buyers unable to afford homes and causing both sales and price growth to stall this year.

The recent decline in mortgage rates has yet to bring more buyers into the market. Simultaneously, there are fewer distressed properties and bargains coming onto the market that attract investors as buyers. All of that has occurred despite an improving U.S. economy that has generated 2.65 million new jobs so far this year, as the unemployment rate has dropped to 5.8 percent from 6.7 percent at the start of 2014.

Still, there are signs that broader improvements in the U.S. economy may be causing prices to rise faster in some cities. Compared to September, eight cities reported stronger year-over year prices growth in October. This includes San Francisco (up 9.1 percent), Denver (7.2 percent) and Tampa (6.1 percent).

“We are seeing hints that prices could end 2014 on a strong note and accelerate into 2015,” said David Blitzer, managing director and chairman of the index committee at S&P Dow Jones Indices.

The Case-Shiller index covers roughly half of U.S. homes. The index measures prices compared with those in January 2000 and creates a three-month moving average. The October figures are the latest available.

The National Association of Realtors estimate that 2014 sales will end up below 2013 levels. The trade group forecasts that 4.94 million existing homes will be sold this year, down 3 percent from 5.09 million in 2013. Analysts say sales of roughly 5.5 million existing homes are common in a healthy real estate market.

The Commerce Department said last week that new home sales slid 1.6 in November to a seasonally adjusted annual rate of 438,000. That remains significantly below the annual rate of 700,000 seen during the 1990s.

The real estate brokerage Redfin reported Monday that its market tracker found that home sales plummeted 5 percent in November compared to 12 months earlier. Nearly a third of the buyers surveyed by Redfin said that their biggest obstacle to purchasing a home was affordability.

Stan Humphries, chief economist at the real estate data firm Zillow, noted that slower price growth should ultimately be helpful for the economy. When prices rise at levels closer to wages, more people are usually able to buy a home.

“A slower-moving housing market is inherently more stable, more balanced between buyers and sellers and more sustainable over the long-term,” Humphries said.