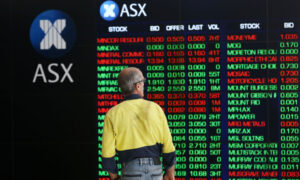 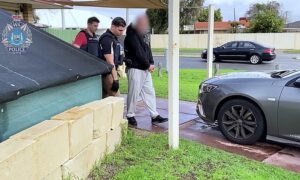 The Australian government has ordered 84.8 million doses of two CCP virus vaccine candidates developed by the University of Queensland and Oxford University.

“A home-grown sovereign plan for vaccines is the hope I bring Australia today,” Prime Minister Scott Morrison told reporters in Canberra on Monday, going on to say that Victoria, in particular, needed some hope.

Morrison said a sovereign vaccine plan gives Australia the capacity to produce the vaccine in the country.

“That is giving us a sovereign capacity to get Australians what they will need, should both of those vaccines prove a success as they go through those trials,” Morrison said.

Health Minister Greg Hunt told reporters the early phase results show strong antibody responses and strong T-cell responses to the vaccines in trials. He went on to say the vaccine will be voluntary and is about ensuring Australians can return to the lifestyles they love.

The deal was signed between the global biotech company CSL and Australia.

A separate deal was signed between CSL and AstraZeneca for approximately 30 million doses of an Oxford University-developed vaccine candidate, AZD1222, for supply to Australia in early 2021, following successful clinical trials.

The total number of vaccines ordered by the government is based on a two-dose per person regime and will cost $1.7 billion.

CSL CEO & Managing Director Paul Perreault said on Sept. 6: “The social and economic impact of the COVID-19 pandemic has brought a high level of urgency to the task of developing a vaccine against the SARS-CoV-2 virus, and to manufacture a successful vaccine at high quality and in sufficient quantities.”

CSL said it had been working fast to develop the vaccines together with partners including the University of Queensland and the Coalition for Epidemic Preparedness (CEPI).

The deal is between CSL’s influenza vaccines company, Seqirus, who will hold regulatory responsibility as the marketing authorisation holder, and the Australian government.

Production of the vaccine to support late-stage clinical trials has commenced at CSL’s biotech manufacturing facilities in Broadmeadows, Melbourne.