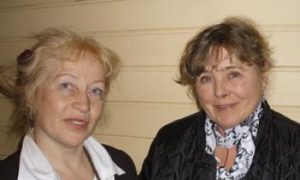 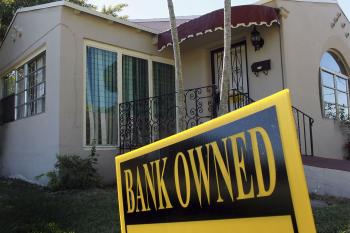 A bank owned sign is seen in front of a foreclosed home on December 7, 2010 in Miami, Florida. (Joe Raedle/Getty Images)
Real Estate

By Antonio Perez
Print
NEW YORK—The number of foreclosure filings in 2010 set a new record, signaling that the U.S. real estate market is still not out of the woods, despite noticeable recoveries in other business sectors.

That figure is slightly lower than what it could have been. RealtyTrac estimated that roughly 250,000 foreclosures were delayed due to last year’s federal and state investigations into foreclosure proceeding by banks and lenders.

Some of the nation’s biggest home lenders, including Bank of America Corp. and JPMorgan Chase & Co., temporarily stopped foreclosure proceedings. Take December 2010, for example: the month saw 1.8 percent fewer foreclosures than November, mainly because some banks delayed foreclosures to sort out legal woes related to the "robo-signing" scandal which hit lenders in the third quarter.

“Total properties receiving foreclosure filings would have easily exceeded 3 million in 2010 had it not been for the fourth quarter drop in foreclosure activity—triggered primarily by the continuing controversy surrounding foreclosure documentation and procedures that prompted many major lenders to temporarily halt some foreclosure proceedings,” said James Saccacio, RealtyTrac CEO, in a statement.

Some lenders are resuming foreclosure proceedings, though the pace of serving those notices may slow. Lenders may need additional time to correctly fill out the forms, and they also don’t want to flood the market with foreclosed homes, which could drive down prices and further weaken the market.

A total of 1 million homes were repossessed by banks last year, also a record high.

One in 11 Homes Foreclosed in Nevada

As expected, certain states were hit the hardest last year.

Nevada topped the country with the highest foreclosure rate of more than 9 percent, according to RealtyTrac. One unit in 11 received foreclosure notices in the state, which saw a housing boom last decade but was severely affected by the subprime mortgage crisis.

While Nevada came in at the highest rate for the fourth consecutive year, Arizona registered the second highest state rate for the second year in a row, with 5.7 percent of houses under foreclosure. Florida was the third-highest with a 5.5 percent rate.

Together, five states accounted for more than half of all foreclosed properties in 2010: California, Florida, Arizona, Illinois, and Michigan.

Glut of Homes to Hit Market

But experts warn that a recovery in housing prices won’t occur in 2011, not with the current number of empty homes on the market and unemployment rate north of 9 percent. Many consumers simply aren't in the market to purchase a new home.

"Early indications in January were that this robo-signing related delay will be over by the end of first quarter if not sooner," says RealtyTrac's Rick Sharga in an interview on CNBC. "I think we're going to see a significant spike in foreclosure activity early in 2011, and that will contribute in part to 2011 being a record year."

Coupled with already large inventory of unsold homes on the market, the newly repossessed homes will add to a housing glut in 2011, further driving down prices.

"Banks are not in the realty business and will offer the homes below prevailing home market prices to remove the financial liabilities of possessed homes from their books. These homes, some nearly new, compete directly with new homes for the homebuyer—putting downward pressure on new home prices."