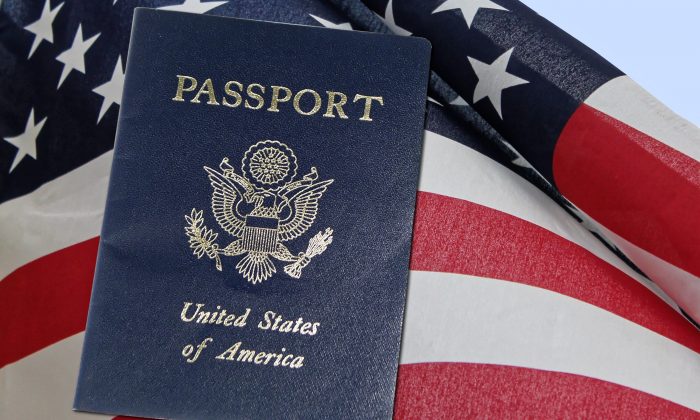 A United States passport is pictured with the country's flag. (Public Domain)
US News

Although Gwyneth Barbara was born in a farmhouse instead of the hospital or birth center in Leavenworth County, Kansas, she still had a certified birth certificate.

However, the Kansas woman was recently told that she needed additional documentation to prove that she was a citizen for her passport application.

“I have a birth certificate. It was accepted before. Why wouldn’t it be accepted again?” Barbara said to KCTV.

A few days after Barbara was born in the 1970s, her father went to the courthouse to make sure she had an official birth certificate.

In the past, Barbara had successfully applied for and received a U.S. passport using that certificate, and the local passport agency confirmed that it was an acceptable form of documentation.

However, after Barbara applied for her last renewal, she got a denial letter from the federal section of the U.S. Passport Agency in Houston, Texas, according to KCTV. She was asked to provide additional evidence of citizenship, such as a border crossing card or green card for her parents, among other items.

“My parents were born in the United States,” Barbara told KCTV. “Early religious records? We don’t have any. Family Bible? They won’t accept a birth certificate but they will accept a family Bible?”

The reason provided was because Barbara’s birth certificate was not issued at a hospital or other similar location.

“It’s like they’re retroactively declaring that I was never a citizen,” Barbara said to the television station.

She did what she could to search for some of the additional proof, but she became more and more frustrated. Weeks went by, and her phone calls and questions went unanswered.

Finally, Barbara called the office of U.S. Senator Jerry Moran and explained her situation. The senator’s office looked into the matter and launched a full investigation.

A few days went by and Barbara happened to check her mail, only to find her renewed passport waiting for her. No further information was given.

According to the U.S. State Department website, a birth certificate is accepted as proof of citizenship, but it must have very specific requirements, such as parents’ full names, the registrar’s signature, a date within one year of birth, and the seal of the authority issuing the certificate.

In addition, the U.S. Passport Agency may have the authority to consider a person’s application on a “case by case basis,” according to an employee who spoke with KCTV on the phone.

Barbara said she contacted KCTV to help more people become aware of her situation, because it was very challenging and surprising, and it was possible that other people could be similarly affected.