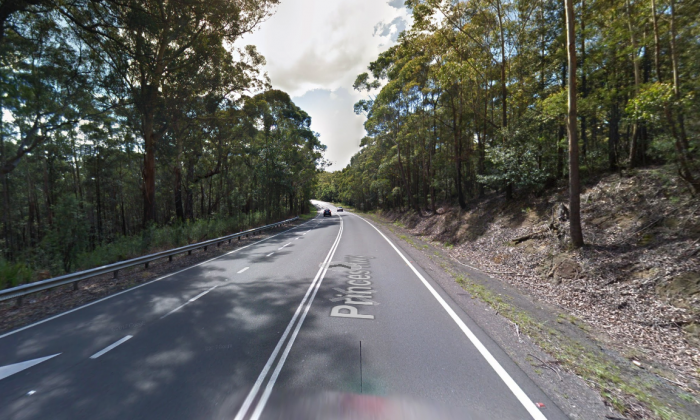 The Princess Highway in New South Wales, near the location where Jess Falkholt was killed with her family. (Screenshot/GoogleMaps)
Australia

‘Home and Away’ Actress Jess Falkholt Taken off Life Support

Editor’s Note: “Home and Away” actress Jess Falkholt has not died, as a previous report from Epoch Times indicated. She was taken off life support and is still alive. The Epoch Times regrets this error.

“Home and Away” actress Jess Falkholt has had her life support switched off, after failing to recover from the Boxing Day car crash that had already claimed the lives of her parents and sister.

Close friends had held a vigil by the bedside of the 28-year-old actress, who had been in a coma in St. George Hospital, in Sydney since the crash.

Days earlier, there had been some hope that she may yet recover, reported the Daily Mail.

On the evening of Thursday, Jan. 11, just one day after a funeral had been held for Falkholt’s parents and sister, her family agreed to switch off the life support.

The Princes Highway is closed in both directions south of Sussex Inlet after a serious two-vehicle crash https://t.co/Ip9Fv6gO3c

“We made sure Jess wasn’t alone and her friends were able to be there with her,” a relative told the Daily Mail .

“Everything we have done and every decision we have made has been done with the advice of doctors and social workers. No decision is made without Jessica’s wants in mind.

I’m too upset right now. I don’t know when I will next be online x #ripjessicafalkholt

D”Jess was a very private girl and while we’re thankful for public thoughts and interest, we are just trying to honour what she’d want.”

According to the Daily Telegraph Australia, the driver of the other car involved who also died in the crash, had previously been subject to a nine-year driving ban and had at least 10 convictions for driving while disqualified.

Falkholt had undergone several surgeries since the crash, according to the UK Telegraph.

Falkholt’s parents, Lars, 69 and Vivian, 60, were killed instantly in the Boxing Day crash.

Her sister Annabelle, 21, initially survived, but died three days later in the hospital on Dec. 29.