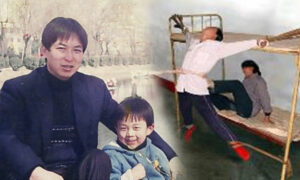 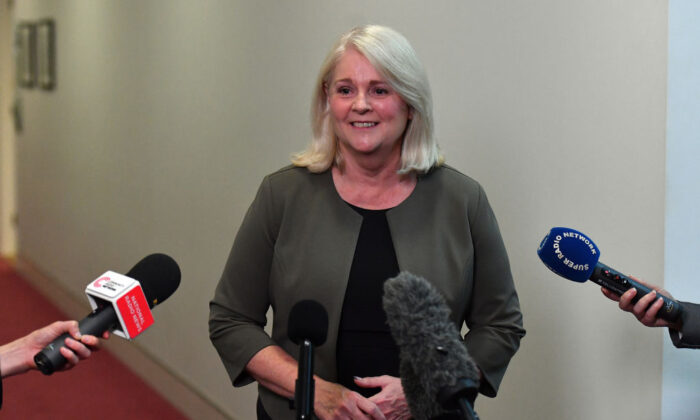 MP Karen Andrews speaks to media during a doorstop in the Press Gallery at Parliament House in Canberra, Australia on March 23, 2021. (Sam Mooy/Getty Images)
Australia

Australia is seriously considering the New Zealand (NZ) government’s offer to resettle refugees who have been held in offshore detention.

Home Affairs Minister Karen Andrews told 4BC Radio on Wednesday that she was working with her NZ counterparts on how best to resettle refugees who have been medically evacuated to Australia.

“We’re going to continue to look at resettlement options for these individuals,” Andrews said. “We’ve made it very clear with New Zealand that there won’t be a backdoor way for these people to be able to go to New Zealand and then return to Australia.”

Andrew said there were several hundred refugees currently living in Australia after being transported to the country under defunct medevac laws. “And we’re doing all that we can to work through resettlement options for them. We clearly want to do that as soon as we possibly can,” she said.

But the real figure could be higher, with an official from the Department of Home Affairs telling a Senate Estimates hearing in March 2021 that 1,223 “transitory persons” (refugees) were in Australia for medical treatment.

Andrews’ comments come after it was announced in January that the federal government would be releasing 26 asylum seekers from detention in Melbourne after they had been flown to Australia for medical treatment.

At the time, Paul Power, the CEO of the Refugee Council of Australia, said that he welcomed the decision.

“This decision is well overdue given the people being released posed no risk to the community and yet were themselves put at risk by being locked indefinitely in detention facilities and hotels used as detention centres,” Power said.

Australia has pursued offshore processing, also known as regional processing, since 2001, with a break from 2008 to 2012.

However, the government did not send everyone who came by boat to these overseas sites until July 2013, when Labor Prime Minister Kevin Rudd hardened Australia’s policy to illegal immigrants and sent them to either Christmas Island, Nauru, or Manus Island.

Rudd was also responsible for the policy that those found to be refugees could never come to Australia.

The confirmation that Australia is willing to consider this step comes after New Zealand has maintained a long-standing offer to take 150 refugees a year who are currently being held in Australia’s offshore processing centres.

The Australian government has never taken up the offer.

Andrews noted that Australia would be looking at also working with the United States.

The United States offered, under former President Barack Obama, to take up to 1,250 refugees from Australia’s offshore system in exchange for Australia accepting refugees from the “northern triangle” of Central America, held in U.S.-run camps.