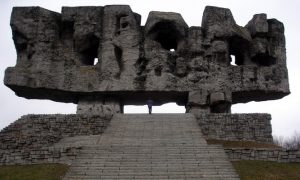 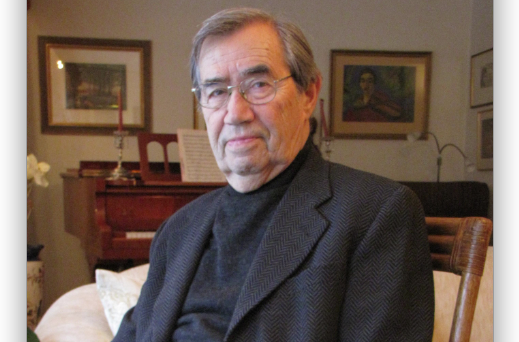 Holocaust Survivor: Media Should Change Their Approach Towards Hate Groups

STOCKHOLN—90-year-old Swedish Holocaust survivor Emerich Roth believes that media often use the wrong approach when dealing with Nazism and hatred. Demonizing the haters only serves to strengthen the organizations spreading hate, he says. Instead, we should realize that their behavior often stems from a lack of love and positive role models.

In 2010, a xenophobic party with roots in neo-Nazi movements of the 80s and 90s made it into the Swedish parliament. Sverigedemokraterna (The Sweden Democrats) are now the fourth largest party, according to polls.

In their wake, even more extreme parties, like Svenskarnas Parti (Party of the Swedes), with connections to violent nazi street groups, are growing in strength and aiming to make it into more local parliaments in the upcoming election. Several incidents over the last year made many Swedes worry about what looks like a rise in violent nationalism and racism, following what seems to be a larger European trend.

Emerich Roth was born in Czechoslovakia and experienced the nazi hatred against Jews during the Second World War. He was deported along with his parents and four sisters and survived five different concentration camps while losing his entire family.

Roth, who came to Sweden in 1950, is now 90 years old, and is still working against violence, hatred, and xenophobia. He took the initiative to start an organization called Exit which has helped hundreds of young people to quit nazi organizations. He believes that the constant media focus on the evil perpetrated by these groups does not help counteract them.

“It only strengthens the false confidence of these hateful people and gives their actions a certain legitimacy,” he said. “But we can deflate these messengers of evil by giving them a face and explaining why this particular person became a hater.”

The way media report on violence and different xenophobic groups in society make people believe that there are different phenomena but the common denominator for all of these groups is in fact a lack of love and positive role models, Roth said.

Haters are good at coming up with attractive names for their groups and getting publicity. As long as media are focused on selling papers and chasing viewers or listeners, sensationalism will eclipse everything else leading to a vicious circle, he said.

“They [the hate groups] know exactly what to say in order to get media coverage. This way, new xenophobic groups get help in spreading their so-called ideologies.”

As an example, Roth mentioned an article in Swedish newspaper Dagens Nyheter by Johnny Höglin, a former leader of a Swedish nazi group. In it, Höglin explained that the group had a conscious strategy to recruit new followers through the media.

“After each media report, our membership grew,” he said. “So we leaked ‘secret’ information about us to the media. We designed flyers so that they would be perceived as the most despicable form of propaganda. It was all a way of getting new members.”

In his work, Roth has identified two different groups of haters. Apart from the above mentioned group which became haters from a lack of love and role models, there are also people who were raised to specifically hate other groups based on their skin color, ethnicity, or religion, perhaps going back several generations.

“Unfortunately, psychopaths and fanatics can be reached neither with arguments based on common sense nor on emotions. These are the kind of haters … that are a cause for concern in all countries that accept immigrants,” he said.