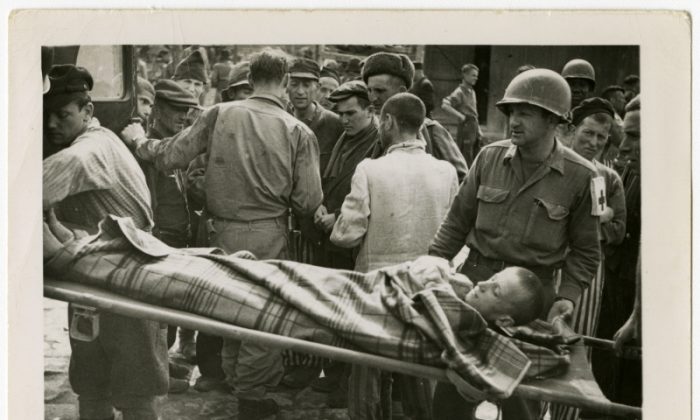 On Thursday, May 5, 2016, the world must pause to commemorate Holocaust Remembrance Day.

It is a solemn day to remember the six million Jewish people murdered in the Holocaust.

Between 1940–1945, in an atrocity unparalleled in evil and scope, six million Jews died at the hands of the Nazis during the Holocaust.

The Innocence of a Child

Anne Frank stands as the most memorable child of World War II and one of the most enduring children of all of history. Anne is a testimony to the dignity of the human being and that virtue endures despite the darkest possibility of inhumanity.

“The Diary of Anne Frank” charts the two years of this young Jewish girl from 1942–1944 when she hid with her family and another family from the Nazis.

The book has become one of the critical documents of the 20th century and profoundly inspires diversity, the power of the pen, and the triumph of good over evil.

Anne’s book is one of the world’s most read literary treasures, selling over 25 million copies and being translated into 67 different languages.

As a German-Jewish teenager, Anne was forced into hiding to escape execution from the Nazis during the Holocaust. After 25 months of hiding with her family, she was betrayed to the Nazis and deported to the Bergen-Bergen concentration camp. She died at 15 years old of typhus in March 1945 while in the concentration camp.

Despite the dark chaos of intolerance, hatred, and ignorance during her time, Anne Frank continued to believe in the goodness of humanity. On July 15, 1944, Anne wrote:

“It’s a wonder I haven’t abandoned all my ideals, they seem so absurd and impractical. Yet I cling to them because I still believe, in spite of everything, that people are truly good at heart. It’s utterly impossible for me to build my life on a foundation of chaos, suffering, and death. I see the world being slowly transformed into a wilderness, I hear the approaching thunder that, one day, will destroy us too, I feel the suffering of millions. And yet, when I look up at the sky, I somehow feel that everything will change for the better, that this cruelty too shall end, that peace and tranquility will return once more.”

Elie Wiesel, a survivor of Auschwitz, is the author of 36 works dealing with Judaism, the Holocaust, and the moral responsibility of all people to fight hatred, racism, and genocide. In his book “Night,” one of the most profound and renowned works of Holocaust literature, Wiesel records his lifelong personal anguish with the Holocaust:

Testimonial of a Holocaust Survivor

Reflecting on the Holocaust, I am reminded of an event I took part in on March 28, 2007. The Anti-Defamation League celebrated a Solidarity Seder with law enforcement, government, community, faith-based, corporate, and citizen guests in Trenton, New Jersey.

It was fittingly held at the Trenton War Memorial, a national historic site, built as a great community center honoring American soldiers and sailors who died fighting in World War I.

Prior to the Seder, a representative of the Anti-Defamation League explained the resurgence of the Ku Klux Klan (KKK). Contradicting their hatred, he shared these treasured words of Emma Lazarus inscribed on the pedestal of the Statue of Liberty:

“Give me your tired, your poor,
Your huddled masses yearning to breathe free,
The wretched refuse of your teeming shore.
Send these, the homeless, tempest-tost to me,
I lift my lamp beside the golden door.”

Testimonials were then shared, including one from a young man who spoke about the heartbreak of seeing his mother arrested as they attempted to enter America from Mexico. This young man went on to proudly become an American citizen and applied to become a member of the United States Army.

Population of European Jews Has Continued to Shrink Since Holocaust
Book Review: ‘The Devil’s Diary: Alfred Rosenberg and the Stolen Secrets of the Third Reich’

Another young man stated there are no complaints about immigration as American’s enjoy fruits and vegetables harvested through the labor and sweat of immigrants working on farms.

The most moving testimonial was by Holocaust survivor Shelly Zeiger who spoke passionately about “the town’s fool.” This man, lovingly referred to as Anton by Zeiger, was ridiculed as a misfit by his townspeople in western Ukraine and considered a fool because of his obsessive respect for all life.

Although a Catholic, Anton risked his own life to hide Jewish neighbors in his home. Anton hid Shelly, his father and mother, and two girls from the Nazis in the Zbrow ghetto for 27 months beginning in 1942. Shelly said, “Anton was truly a hero who teaches us to respect each human being, for courage can be found in the most unlikely of persons.”

After the war, Shelly and his family came to America. Years later, he mustered enough courage to go back to his hometown in the Ukraine to find Anton. He found him and brought him to live with him and his family in America, a country whose appreciation for diversity is the heartbeat of the nation and the world.

Surrounded by the historic significance of Ellis Island, the Statue of Liberty, and the New York skyline, is the Liberation Monument. Designed by Sculptor Natan Rapaport, this inspirational statue depicts a World War II American Soldier carrying a survivor from the Auschwitz concentration camp. The image moves the soul to reflect on the values of compassion, character, and community.

The legacy of America urges a rebirth of patriotism that will transform us once again into a nation destined to be a hope for the world through our commitment to moral leadership, persevering vigilance, and dedicated collaboration.