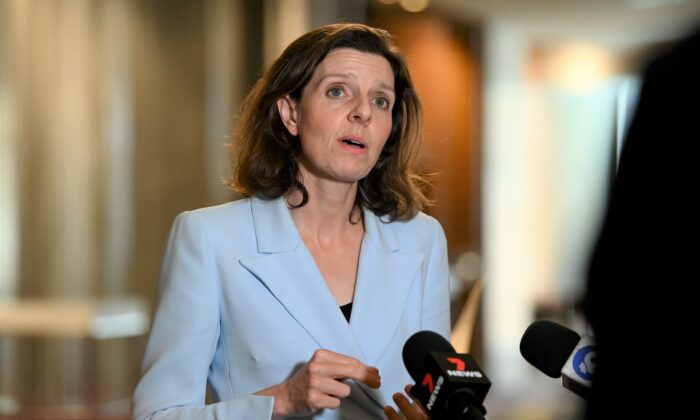 The Climate 200 group is running 22 “independents” in the Australian federal election to challenge the incumbent Coalition government from its left flank.

With preferences for the Australia Labor Party (ALP), these “independents” have a real chance of winning a handful of inner-city seats in Sydney and Melbourne currently held by the Liberal Party. If these “independents” win enough of these seats, it would make it impossible for the Coalition to win the election.

Climate 200 was created by the wealthy Simon Holmes à Court as a result of a disagreement between him and federal Treasurer Josh Frydenberg.

Holmes à Court then created a new fundraising group called Climate 200 to run an “independent” challenger to Frydenberg in Kooyong and other Liberal Party candidates.

The group has accused the Liberal Party of not being Green enough and for moving too far to the “right” under Morrison. The group will support rapid action on climate change and emission reduction.

But there is some irony in Holmes à Court’s attack because his candidates are more likely to unseat left-leaning members of the Liberal Party—in other words, damage the “moderate” faction that is already closely aligned to his views.

It also threatens the Party’s re-election chances in other ways. Funds that were previously flowing into the Liberal Party’s coffers are now flowing to Climate 200. Worse, the Liberals are having to spend big to try and defeat these candidates in seats that previously did not require much campaign funding.

Further, the Climate 200 political machine is equipped with a spin team to sell its candidates and will provide candidates with polling, focus groups, research, campaigning skills, capacity-building, and tactical support. It has also built 30 grassroots community groups to supply the “independent” candidates with volunteers.

Many of the candidates are women (19 of 22 candidates), and the “independent” label will play into the growing distrust of established political figures and parties.

Australia now faces a hung Parliament. This will contribute to Holmes à Court’s actual objective because holding the balance of power will make him the king-maker of whichever party eventually partners with his candidates.

So what does Climate 200 represent in the grand scheme of things?

Effectively, it is a curious new form of green neo-socialism promoted by an affluent elite who see themselves as progressive liberals who support globalisation and climate change action.

The disjuncture between their supposed “liberalism” and heavy state-interventionist policies is striking.

They are in fact, British social commentator David Goodhart’s “anywheres” (unrooted cosmopolitan globalists) who apparently see no contradiction between living lives of affluent consumption while (apparently) believing they can “save the world” from the comfort and safety of their rich-suburbs.

It is no accident that Climate 200 looks like an alliance of affluent upper-middle-class women (who were taught to be “progressive” by Fabians at university) and capitalists who recognise they can get rich by establishing businesses that pocket green subsidies.

This curious phenomenon can be traced to two sources.

First, affluent liberals sent their children to universities without realising they had been captured by radical left-wing academics. The result has been a Fabian triumph with woke, neo-socialist ideologies being diffused into what used to be Liberal Party (conservative) heartlands.

Another source can be traced to the brilliantly executed green propaganda which sold the idea that building a green economy (“decarbonising”) represented a set of incredible (capitalist) economic opportunities.

In effect, the Greens linguistically reframed their ultimate goals into something that sounded like an opportunity for capitalist growth and capitalist profit-making. Clever spin.

What this Green propaganda did was to bury the reality that building this new world (called the Green New Deal in the United States) was only going to be possible via massive social upheaval.

Taxpayers would have to fund the development of clean technologies and the costs of subsidising a new economy that would be less efficient than the one being dismantled.

The propaganda also brilliantly deflected attention away from the socialist dimension of the project and focussed instead on the opportunities for businesses to get rich. And this is true—capitalists will get rich by building their businesses on the back of state subsidies (thereby pocketing taxpayer dollars).

It is little wonder that so many capitalists have suddenly jumped on the clean energy bandwagon and suddenly started backing heavy state intervention in the economy and large government subsidies.

The approach also works because it not only makes business leaders feel “good” about themselves, but they can also generate profits—their affluent lifestyles remain untouched while they do something to “save the planet.” Win-win.

But of course, it is not a win-win if you are the taxpayer funding this Great Reset, or one of those who will lose your job when the old economy is dismantled.

First, it will encourage long-lasting change in the Liberal Party.

Second, it may produce a hung Parliament that will see the Liberal and Labor parties both struggle to run a stable government, which will damage their brands in the long term, and cause political instability in the next few years.