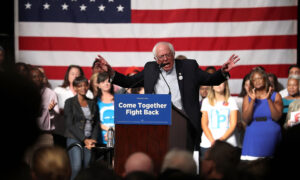 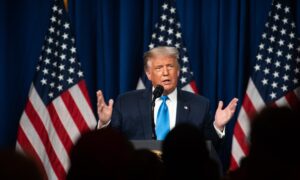 Polling of the Presidential Race Misleads
0 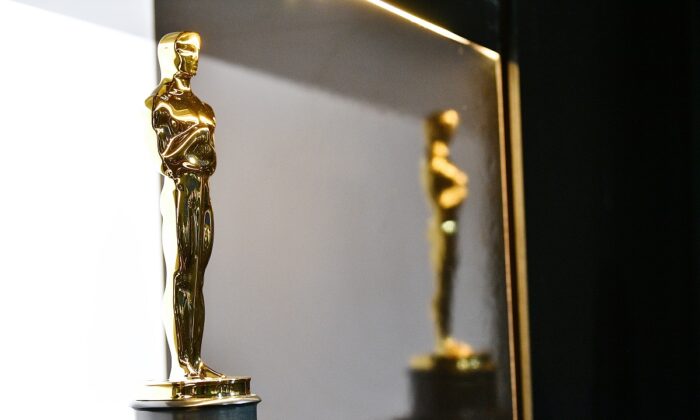 Oscars statuettes are on display backstage during the 92nd Annual Academy Awards at the Dolby Theatre in Hollywood, Calif., on Feb. 09, 2020. (Richard Harbaugh/A.M.P.A.S. via Getty Images)
Viewpoints

It’s been a notorious fact for people of any discernment and discrimination for many decades that the Hollywood film industry—while capable of producing remarkably fine, apposite, and culturally significant films from time to time—is a seething hothouse of hypocrisy, philistinism, bigotry in all fields, pretension, and is a crumbling Ozymandian monument of poor taste and reprehensible conduct.

Almost the entire population of the world has been subjected to the self-righteous rantings of Oscar winners, and the pious and worthy pronouncements of the Academy of Motion Picture Arts and Sciences.

The academy (a misnomer conferring a false impression of rigorous scholarly study), rounded a new lap in its chosen vocation as an arbiter of worldwide social justice last week. The official leaders of the group, David Rubin and Dawn Hudson, profess themselves to be “excited” to introduce a plan for “broadening the aperture through which excellence is recognized in our industry.”

It need hardly be added in this time of pandemic political correctness and quasi-official national self-hate that the method of widening this aperture are the “enthusiastically approved … Representation and Inclusion Standards for Our Best Picture Oscar eligibility.”

This whole enterprise is styled as the “Academy Aperture 2025” initiative, as if it were a plan to assure colonoscopies and similar intrusive examinations for all personnel in the film industry. The sponsors of this initiative claim they consulted all the principal and medium-sized film and streaming studios, independent distributors, and film companies, and many of the industry guilds and unions.

For the next two annual Oscars awards, all candidates for best picture will have to include a confidential academy inclusion standards form, even though the inclusion thresholds won’t have to be met until the 96th Oscars in 2024. But then, the hurdles will have to be cleared.

To be an acceptable candidate, a film will have to have at least one of the principal actors from an “underrepresented racial or ethnic group.” These are effectively non-whites of many kinds, but specifically Asian, Hispanic/Latin, black (including African American), indigenous (including native Americans and Alaskan natives), Middle Eastern and North African, native Hawaiian or other Pacific islanders, or other underrepresented races or ethnicities.

That clearly includes practically the entire population of the world except for the majorities enjoying the phantom status of white privilege in the United States, Canada, Western and part of Central Europe, Australia, New Zealand, and the oppressive minority of South Africa.

If that criterion isn’t met, a candidate film could still pass under what is called the “general ensemble cast” criterion, which requires that at least 30 percent of all actors in secondary or minor roles are from at least two of the following groups: women, a racial or ethnic group, (obviously excluding whites), LGBTQ+, or, in what might be considered a gesture to the current Democratic presidential nominee, someone with cognitive or physical disabilities including deafness.

Finally, to qualify under Standard A requirements even if the first two groups weren’t complied with a candidate for an Oscar Best Picture could still be eligible under the main storyline subject matter criterion, which requires that the principal story, theme, or narrative of the film is based on one of the same underrepresented groups mentioned in the general ensemble category.

A film meeting one of the above three criteria groups must still make it under one of Standard B, C, and D. Standard B requires that at least two among the casting director, cinematographer, composer, costume designer, director, editor, hairstylist, makeup artist, producer, production designer, set decorator, sound, VFX supervisor, or writer, are from the aforementioned groups (women, racial or ethnic groups, LGBTQ+, and people with cognitive or physical disabilities).

And finally, in Standard B, the overall crew composition must be at least 30 percent from the now-familiar categories of women, racial or ethnic groups, LGBTQ+, and people with cognitive or physical disabilities. Although it isn’t entirely clear, it does seem from the text that it’s impossible to accumulate eligibility points in one person by such devious methods as engaging a native Hawaiian lesbian who is hard of hearing.

Even a candidate film that flunks under Standard A and Standard B may still make it if it achieves both Standard C and Standard D. C provides for the film distribution or financing company to have paid apprenticeships or internships from the above-enumerated underrepresented groups. The principal studios and distributors are required to have “substantial ongoing paid apprenticeships and internships” involving the groups it desires to favor in production development, music, VFX, acquisitions, business affairs, distribution, marketing, and publicity.

Standard C may also be met if the film’s production, distribution, and/or financing company offers training for skill development to people from the now-familiar underrepresented groups. Standard D can be met if the studio or film company has “multiple in-house senior executives” from the same categories as the previous standard groups.

These preposterously complicated and practically unverifiable criteria extend only to the Best Picture category of Oscar candidates; animated, documentary, and international feature films aren’t covered by the same rules.

These requirements will be impossible to enforce and will, by their existence, compromise the value of awards received under this regime. This is always the problem with affirmative action: it’s inverse discrimination and shifts the basis of success partly away from competitive quality to compliance with esoteric rules.

It would have been better to leave it at avoidance of discrimination against any of the preferred groups in all of the areas enumerated, and a verification process that didn’t leave all film studios and distributors at the mercy of whistleblowing snitches with spurious claims. This would require corroborated allegations, discreetly made and investigated, in order not to smear and blackmail the innocent.

This is precisely the sort of half-baked, ill-considered, self-gratulatory narcissism that is Hollywood’s greatest forte and most conspicuous trait. It is little wonder that Bertrand Russell, almost a century ago, called Hollywood “the ultimate segregation of the unfit,” a plausible critique from someone who had no shortage of goofy ideas himself.