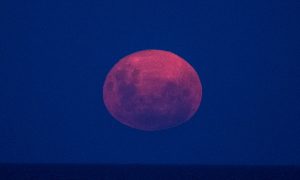 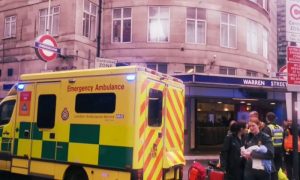 A stunt double to Hollywood actresses including Jessica Alba and Cameron Diaz was killed in a shootout in Ohio along with her husband, according to officials and her ex-husband.

Hollywood stuntwoman Cheryl Sanders, 59, and her husband, Reed Sanders, 56, were found dead outside of the home of her ex-husband, Lindsey Duncan, authorities said.

Duncan told a news conference that he and his wife, Molly, were returning home and stopped to pick up mail and a package at their gate. A man in a mask and hoodie appeared and held a gun near Molly’s head, according to The Associated Press.

“I didn’t know what to do,” Duncan said on Feb. 14. “Whatever happened after that was instinct.”

Greene County Sheriff Gene Fischer said that when the first alleged assailant was shot, Sanders arrived on the scene, armed with a gun. She was killed in a shootout with her ex-husband, officials told AP.

“The word ‘ambush’ is exactly what it was,” Molly Duncan said, Fox News reported. “We were caught off guard. They said nothing and they started shooting at us.”

Police told the Dayton Daily News that both suspects were shot by Lindsey Duncan.

“Her being alive today … I’ll never be able to explain that,” Duncan said of his wife, who was nearly shot several times in the incident. “It wasn’t one shot or two shots. It seemed like 100 shots, and there were shells everywhere.”

Women In Stunts, a website dedicated to female stunt performers, confirmed her death and issued a statement following her passing.

“It is with a very broken heart that we share that Cheryl Wheeler Sanders was killed by gunfire on February 12, 2020,” the statement read. “She was a dear friend and a wonderful person who often dealt with more in life than anyone should have to deal with.”

According to her IMDB page, she appeared in a number of big-budget films including “Transformers,” “Thor,” “Spy Kids,” “Lethal Weapon 4,” “The Mask,” “Charlie’s Angels,” “Demolition Man,” and a number of others.