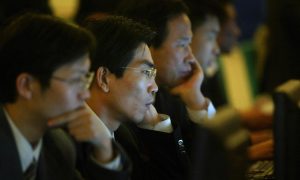 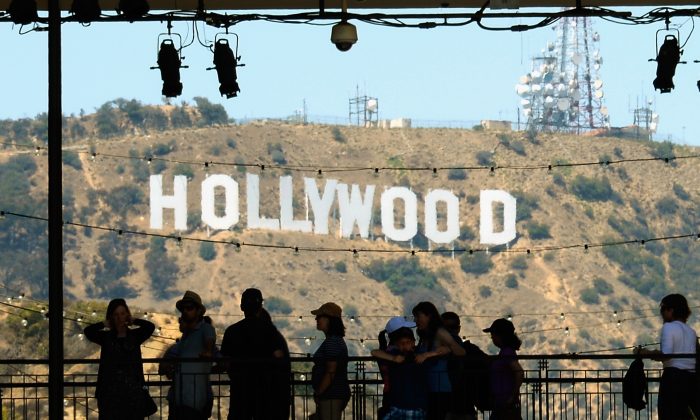 Tourists are silhouetted against the distorted Hollywood sign on June 28, 2013 in Los Angeles, California. The Motion Picture Association of America is suing China's Xunlei for violating an anti-piracy deal. (Kevork Djansezian/Getty Images)
China

One of China’s top Internet companies, Xunlei, also runs one of its top tools for downloading pirated films. The Motion Picture Association of America (MPAA) is now suing Xunlei for violating an anti-piracy deal they signed in June 2014.

MPAA filed the lawsuit on Jan. 19 in China’s Nanshan District Court in Shenzhen. In a Jan. 20 press release, they allege Xunlei is involved in “various acts of copyright infringement.”

MPAA is suing Xunlei, a popular video website and one of China’s top 10 Internet companies, for damages, court fees, and a public apology.

Xunlei did not immediately respond to questions sent by email.

A representative from MPAA declined to comment on specifics, and referred inquiries to the official press release.

“For too long we have witnessed valuable creative content being taken and monetized without the permission of the copyright owner,” MPAA president and managing director Asia Pacific, Mike Ellis, said in the press release.

For too long we have witnessed valuable creative content being taken and monetized without the permission of the copyright owner.
— Mike Ellis, MPAA

“That has to stop and stop now,” he said. “Content creators and rights holders will continue to exercise their rights under the law to protect their work and consequently be able to provide the best possible experience for online audiences.”

The deal signed by MPAA and Xunlei last year, under a Content Protection Agreement, required Xunlei to implement systems to prevent its users from pirating videos or other content from MPAA members.

The deal followed a previous lawsuit filed by the MPAA against Xunlei in 2008, and was signed around the time Xunlei filed for its public IPO in the United States in March last year.

Under the May 22, 2014, legal agreement, available on the U.S. Securities and Exchange Commission website, Xunlei was supposed to meet a long list of requirements to guard against piracy. The requirements include content filters meant to “effectively identify and block access to Unauthorized Content.”

Xunlei products that allowed piracy in China had previously prevented it from opening an IPO in the United States. VentureBeat reported in July 2011 that if Xunlei were granted the IPO, it would equate to the United States funding Chinese piracy.

The deal required Xunlei to implement systems to prevent its users from pirating videos or other content.

A key problem is that Xunlei—which is backed by Google—also runs the world’s most popular torrent client, also called Xunlei. TorrentFreak, a news blog that supports content piracy, reported in June 2014 that Xunlei’s torrent client had close to 142 million users.

“A healthy, sustainable and developing online video sector will greatly benefit audiences and movie and technology businesses,” Ellis said, “however this outcome is only possible if quality film and television content is respected and protected at every stage of the value chain.”