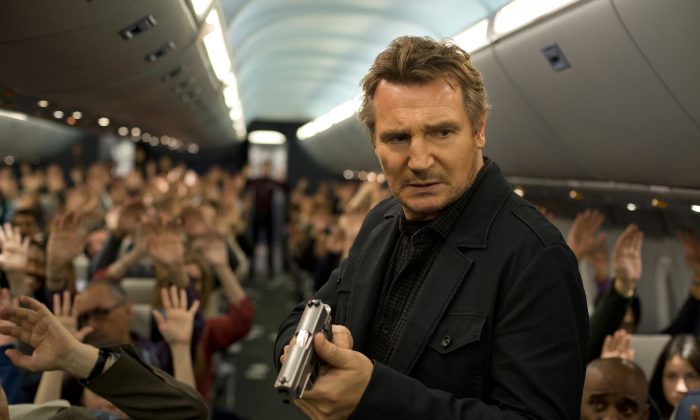 Woke Hollywood actors are concerned about society. Or so they say. After every tragic school shooting, they push for government gun control. But let’s look at other causes they’ve promoted over the years.

They’ve also done public service announcements against drugs. River Phoenix did one shortly before he overdosed. Leonardo DiCaprio gives his dire message of climate change at conferences around the world—that he travels to in his gas-guzzling private jet.

And the list of Hollywood celebrities who claimed to support women’s rights and the #MeToo movement yet were accused of being sexual predators is too long to list.

So, if an actor smoking a cigarette in a movie can influence young people to smoke, what about gratuitous violence? Why does Hollywood glorify violence and continue to claim that graphic depictions of violence don’t affect our youth? Riddle a person with bullets and show blood and guts splattered on floors, walls, and ceilings, well that’s just good old-fashioned escapism. Show a lit cigarette, well that’s immoral. At least according to the upside-down thinking in Hollywood.

In 2013, a study published in the December issue of the journal Pediatrics found that since 2009, the amount of gun violence in the top-grossing PG-13 movies has matched or exceeded that in R-rated movies. In other words, Hollywood specifically targets violent material toward teens. Another study by the Parents Television Council (pdf) in 2018 found other disturbing numbers. In 2013, almost half (49 percent) of the primetime shows they viewed contained violence, while by 2017, that percentage had increased to well over half (61 percent). In 2013, almost a third (30 percent) of the programs they viewed contained violence and guns, while in 2017, over a third (39 percent) did.

What’s even worse than gory violence, which numbs people to the horror of violence—particularly gun violence that is now shown with all the blood and guts that special effects can manage—is violence where the perpetrator is the hero. To me, this is an even more disturbing trend, as pointed out recently by Bill Maher. Look at a recent number of highly promoted and even critically acclaimed movies such as “Joker,” “Venom,” “Suicide Squad,” and “Birds of Prey” where the heroes are actually violent criminals. Or the Jack Reacher and John Wick movies. Or any movie by Quentin Tarantino or Robert Rodriguez, where the main character is nominally a good guy (or good girl), but his (or her) method of revenge is to gun down anyone who gets in his (or her) way. So according to Hollywood, young people watching smokers will be encouraged to take up this dirty habit but impressionable, confused, depressed young males will not see gun violence as a way of seeking revenge or of solving difficult problems.

Of course, it’s easy to make pronouncements, but hard to take action when that action hurts your bottom line. Recently, some Hollywood celebrities signed a petition to reduce gun violence in the movies. But will it happen? It seems unlikely. Let’s take a look at some of the actors who regularly call for gun control while acting in some of the most violent films.

Liam Neeson is a strong proponent of strict gun control. Yet it’s possible he’s starred in more gun-toting revenge films than any other actor. He’s been featured in “Taken,” “Taken 2,” “The A-Team,” “Non-Stop,” “A Million Ways to Die in the West,” “Taken 3,” “Run All Night,” “The Ballad of Buster Scruggs,” “Cold Pursuit,” “Honest Thief,” “The Marksman,” “Blacklight,” and “Memory.” I probably missed a few.

Laura Dern also promotes strict gun control laws. She starred alongside Liam Neeson in “Cold Pursuit,” a 2019 violent “comedy” about a man who seeks revenge against the drug dealers who killed his son. She also starred in “The Good Time Girls” in 2017 described as being about “a group of women [who] band together as they go to war against a pack of men who have done them wrong.” The poster shows her with a gun and the slogan, “They used a weapon no badman could … sex!”

George Clooney has put on big events to promote gun control. He starred in “The American” in 2010, about a sympathetic assassin. In 1996, he starred in “From Dusk Till Dawn,” a Quentin Tarantino and Robert Rodriguez film where he played a violent criminal who takes hostages. Plenty of gun violence in that film.

Julianne Moore speaks out for gun restrictions to stop domestic violence. She starred with Liam Neeson in “Non-Stop,” a, 2014 movie about an air marshal on a plane battling terrorists. The poster and the trailer focus on his gun to save the day. She starred in “Kingsman: The Golden Circle” in 2017, in which she plays the evil villain who shoots and tortures victims in a movie filled with gun battles and where the good guys kill dozens more people than the bad guys actually do. She also starred in “Hunger Games: Mocking Jay” Parts 1 and 2, in 2014 and 2015, respectively. Amid scenes of massive gun battles,  co-star Jennifer Lawrence proclaims, “Tonight, turn your weapons to the Capitol.”

Lawrence’s character Katniss in “The Hunger Games” series allegedly inspired a teenage “empowered-girls-gun-control” movement. This, of course, makes no sense, as Katniss kills people, though with a deadly bow and arrow, amid a movie series where just about everyone else kills with guns and all sorts of weapons.

Jim Carrey is a forceful proponent of gun control, showing hatred toward gun owners. And yet he had no problem wielding guns in “The Mask,” “Batman Forever,” or “Kick-Ass 2,” a seriously gun-violent movie whose hero is a gun-wielding prepubescent girl.

And Alec Baldwin has long advocated for gun control.

The list goes on and on, but I’m writing an article not a book. Responsible gun ownership is not only a Constitutional right but can also be a necessity in today’s society. Just ask the Ukrainians. Gun owners need to learn and practice rules for safety and responsibility. And maybe what Hollywood can do for its part is stop producing violent, irresponsible movies that glorify horrific gun violence and then hypocritically refuse to take responsibility for them, instead blaming guns, legal gun owners, and the organizations that represent them.