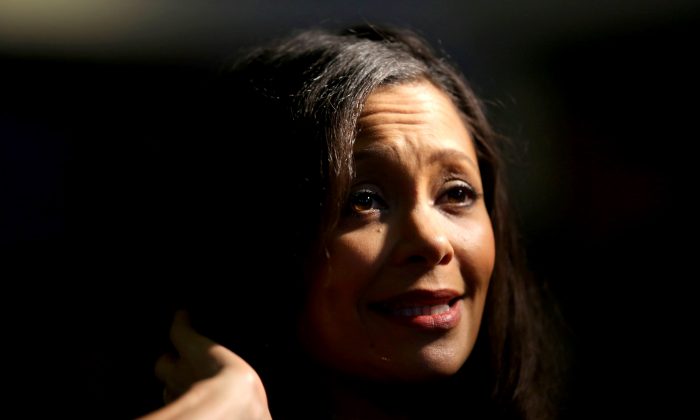 Hollywood Actress Walks Into a Starbucks, but the Statue She Sees Has Her Asking, ‘Seriously?’

Thandie Newton has starred in a bunch of films, such as “Crash,” “Mad Max,” and “Mission Impossible II.”

So she got some attention when she called out Starbucks recently.

The 43-year-old went into a branch in England where she spotted a statue on the counter.

“Seriously Starbucks?” she wrote with a picture, tagging the company.

The statue appears to show a black child wearing a loin cloth and safari hat.

Others were also riled up. “NO JUST NO,” said one.

“Perhaps we shouldn’t be surprised. Robbing Ethiopian farmers to sell coffee at 1500% profit,” added another.

Starbucks responded soon enough, though, and said the statue had been removed.

@thandienewton we are very concerned to learn of this incident & we can’t apologise enough. We have removed the figure & are investigating.

“We are very concerned to learn of this incident & we can’t apologize enough. We have removed the figure & are investigating,” the company told Newton.

It followed up in a statement to Eater.

“Serving as a welcoming place for everyone is core to who we are as a company. As we became aware of the offense, we immediately removed the figure from our store,” the chain said.

“We aim to provide an inclusive environment for all customers and communities in which we serve, and we are working with our partners (employees) to avoid similar incidents from happening in the future. We apologize for the offense caused.”