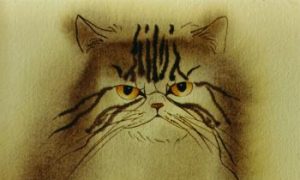 Holly Bobo, the 20-year-old Tennessee woman who went missing when she was leaving for a college class, agreed to go with her kidnapper out of fear, authorities said, according to media sources.

Her brother said that he saw her being dragged into the woods, but authorities are now painting a different picture of the series of events. She has been missing for the past two days.

“He actually had her arm, holding her. We feel she was in fear of her life, so was complying,” John Mehr, a spokesperson for the Tennessee Bureau of Investigation, told reporters, according to CBS News.

Her brother said that he saw blood near the home, located in Parsons, Tenn., according to the report. In his account of the events, he saw a man who was wearing camouflage take her out into the woods.

Bobo’s brother has been ruled out as a suspect. As he was watching the events unfold from inside the house, he thought the man who took her into the woods was her boyfriend.

Authorities "did not see drag marks” when they scanned the area, Mehr told ABC News.

Around 400 volunteers have searched the forested areas of three nearby Tennessee counties over the past several days, braving winds and thunderstorms.

Decatur County Mayor Michael Smith noted that more evidence “specific to the case” has been found, calling the news a good sign.

"Folks, this is getting good now. Things are happening fast," an investigator told a group of volunteers, reported ABC.

However, her family has become ever more desperate to find Bobo. Her cousin is country singer Whitney Duncan, who sent out Facebook and Twitter messages to help find her.

“Please help and spread her picture everywhere & pray someone recognizes her & calls authorities,” she posted on Facebook.

Her family is offering a $25,000 reward for information that leads to Bobo’s safe return.