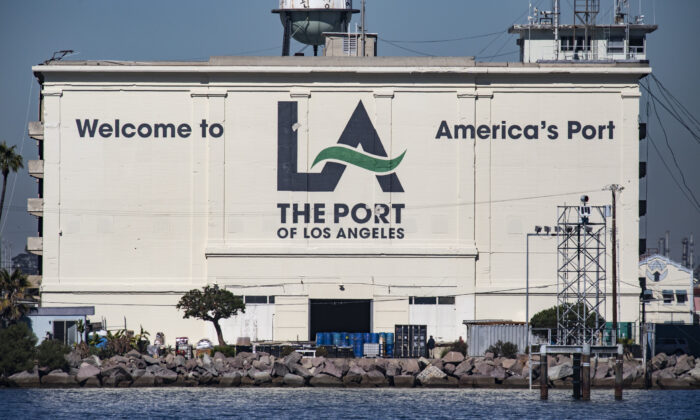 ‘Holidays by the Sea’ Returns to LA Port

The Port of Los Angeles is bringing back “Holidays by the Sea” this year, with events starting Dec. 4 at its new location on the LA Waterfront.

“We are transitioning from imagining the possibilities for the LA Waterfront and West Harbor to actually experiencing them so I encourage everyone to join us for the first event of the new entertainment capital of the South Bay,” Councilman Joe Buscaino said in a press release.

The public can watch the boat parade starting at 6 p.m. Saturday from the New Town Square and Waterfront Promenade. A decorated Exy Johnson tall ship will also be on display at the public landing.

“Visitors won’t want to miss the sail light-up display on the historic Tall Ship Exy Johnson docked adjacent to the Town Square, a brilliantly colorful sight set against the night harbor sky and the giant cargo ships of the Port,” according to the Port of Los Angeles.

Visitors are encouraged to bring chairs and blankets to watch the passing of boats from several vantage points along the LA Waterfront.

The new Promenade section south of 6th Street will be open for one night to accommodate parade-goers.

Banning’s Landing in Wilmington will not be open for public access because of ongoing construction.

An outdoor concert starts at 6 p.m. at the Downtown Harbor, located at 6th Street and Harbor Boulevard in San Pedro. The event will feature live performances by the San Pedro Ballet and San Pedro High School Glee Club.

Arts and crafts, gingerbread, hot chocolate, and a visit from Santa Claus will also be part of the festivities.

Pets can also enjoy the celebration during the first-ever Elf Pet Parade starting at 7 p.m. at the Town Square. Cornhole and Spin the Wheel games will also be offered.

Event-goers are encouraged to bring unwrapped toys to donate to local children in need, organized by the Port of Los Angeles.

The festivities will continue each weekend until Christmas.

“This event will be a wonderful opportunity to have a front row seat for the Holiday Afloat boat parade, and ring in the holidays on San Pedro’s downtown waterfront with family and friends,” Port of Los Angeles Executive Director Gene Seroka said in a release.

The port will be host to a Holiday Sail Spectacular and light show every weekend, with holiday movies projected onto a ship’s sail in the town square outside of the maritime museum at 7 p.m. and 9 p.m. On Dec. 7, the museum will present “The Grinch Who Stole Christmas.” The next movie will be “Jack Frost” Dec. 14, followed by “The Smurfs Holiday Celebration” on Dec. 21.