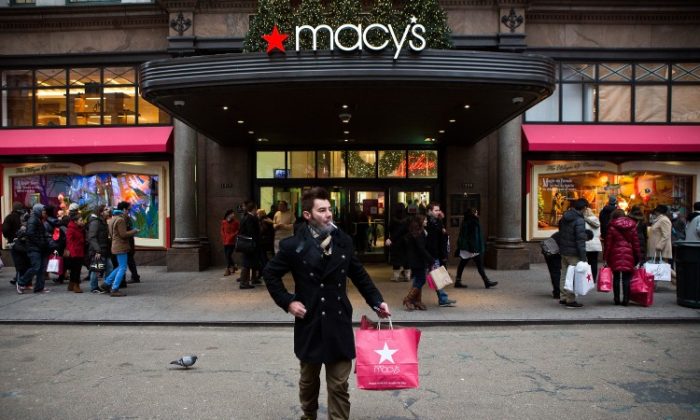 Early readings from the 2012 holiday shopping season are downbeat, as consumers held back on spending due to inclement weather and economic uncertainty exacerbated by Washington’s “fiscal cliff” impasse.

During the eight weeks through Dec. 24, retail sales increased only 0.7 percent year-over-year, the smallest growth since 2009, according to a report by MasterCard Advisors’ SpendingPulse market research unit.

“Sales and volume are about the same as last year, but the growth was marginal,” said Michael McNamara, vice president of research and analysis at SpendingPulse, in a statement.

The firm tracks purchases made on MasterCard’s payments network, and results do not include automobile purchases, groceries, or fuel.

SpendingPulse data shows that holiday shopping fell 5.5 percent in 2008, following the worst economic recession since the 1930s. But spending has increased annually since, including a 2 percent gain in 2011 compared with 2010.

In addition, “fiscal cliff” talks in Washington have further dampened consumer enthusiasm, with many bracing for higher taxes and lower income due to spending cuts. While economists say that the nation may sink into recession if a budget agreement isn’t reached and automatic spending cuts occur, the anxiety has already hit consumer confidence.

While initial results are weaker than expected, retailers have a chance to catch up this week as consumers go back to stores to redeem their gift cards, and in turn spend more money.

Holiday season sales account for a disproportionally large part of retailers’ annual sales, accounting for up to 50 percent of sales and profits for some stores. If sales don’t meet expectations, economic growth and the health of the nation’s small businesses may suffer as a result.

But the slowdown doesn’t just affect the retail sector. Stores and businesses will likely cut down on inventory and stock and decrease future orders, all of which would have severe repercussions for the manufacturing, services, and other sectors.