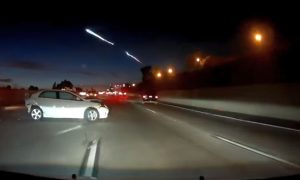 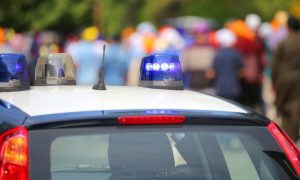 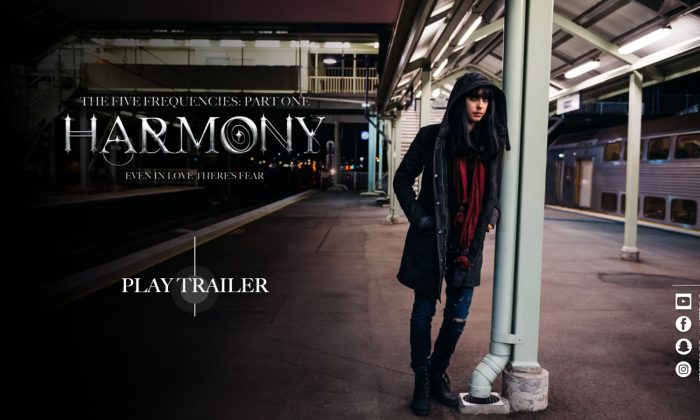 Australian actress Jessica Falkholt was spending Christmas with her family when tragedy struck. The family car was involved in a head-on highway collision on Dec. 26. Falkholt’s parents, Lars, 69, and Vivian, 60, died at the scene along with the driver of the second vehicle.

Falkholt and her 21-year-old sister, Annabelle, who were both sitting in the back seat, were airlifted to two Sydney hospital in critical condition. Sadly, Annabelle clung to life for three days before passing away on Friday, Dec.29.

Jess is a brilliant, kind, beautiful actress with whom I had the very great pleasure of working on the feature 'Harmony', in which she had the lead role. Am keeping her and her sister in my heart and prayers. This is utterly devastating news. https://t.co/SqEODrsAKd

Falkholt, who stars in the Australian daytime drama ”Far and Away” as well as in the upcoming movie “Harmony,” is currently in a coma at St George Hospital.

Police are investigating whether the head-on collision on the Princes Highway in Mondayong, New South Wales, was caused by an impaired driver. The driver of the other car has been identified as 50-year-old Craig Whithall of Ulladulla who also died on impact.

Witnesses at the scene said that Whitall’s 4WD had drifted into oncoming traffic on the Princes Highway at least twice before it collided with the Falkholts Mazda, reported the Sydney Morning Herald.

According to the newspaper, Whitall was driving home from a methadone clinic in Nowra. Methadone is an opioid often prescribed to heroin addicts to alleviate withdrawal symptoms.

By itself, Methadone is not an illegal substance for drivers to use, but it remains unclear whether Whitall was under the influence of drugs at the time of the accident as investigations continue.

Whitall was well-known to police for drug use and his long criminal history. Police said that Whitall had more than 60 offences on his record, as well as a number of aliases, the ABC reported.

According to Newscorp, Whitall had previously served time in jail for a conviction of driving while unlicensed.

Whitall’s family issued a statement on Dec. 28 saying, in part, “Our hearts are broken not only for our loss but the loss the Falkholt family are feeling.”

As to her own possible recovery, relatives told the Daily Mail, “We’re not going to know much about Jessica’s real condition for a while. The neurosurgeon came in yesterday and he just said the operation went well and it’s just a waiting game.”

Can we please send all our support, love and prayers to Jess and her sister Annabelle, fighting for their lives after their crash on boxing day. Much love darlin. Im with ya. May u both make a full recovery. I cannot stress enough to please drive safe these holidays guys. Love ya.

Falkholt’s doctors have no idea when or if she will come out of her coma.

“She could be in a coma for weeks or even months, she still has all the swelling on her brain,” the relative explained to the Daily Mail. “They haven’t even been able to test her brain yet. They’ll probably have to wait a week or two now and see how she responds to the surgery.”

Career About to Take Off

Falkholt, a fixture on the Australian daytime drama “Far and Away,” was just breaking into movies, taking her career to the next level.

She landed a starring role in the Australian supernatural thriller “Harmony,” which is due to be released in early 2018.

“She was incredible to work with, very passionate, 1,000 percent with every take,” Pearson told ABC News.

“I’m looking forward to showing the world what she’s done with ‘Harmony’ but then seeing what she goes on to do in the future.”

“I know she will recover from this,” he said.

Channel Seven the network which airs “Far and Away,” also sent condolences. “The Home and Away family send their love and support to Jessica, her sister, and other family and friends,” a network representative said.

Actress Jacqueline McKenzie, who also has a role in “Harmony,” said it was “utterly devastating news” and working with Jessica was a “great pleasure.”

Though she was not famous, Falkholt’s younger sister Annabelle was beloved by those who knew her.

“Today I lost the love of my life Annabelle. I’ve never met such a kind, gentle soul and this world is at such a loss without this beautiful angel,” he said in his post.

“The 3 years I knew her were the best years of my life. I’m so thankful for every second I got to spend with my baby,” he continued.

“I just keep hoping that I’ll wake up from this terrible nightmare and see her gorgeous eyes looking back at me. She was the most amazing girl I’ve ever met, loved by everyone that came in contact with her. Even though I would of loved to have spent the rest of my life with her, I am happy that she is pain free and smiling down on all those who were lucky enough to have her in their lives.”