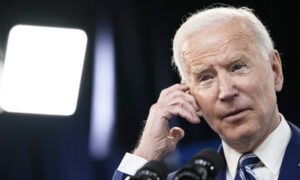 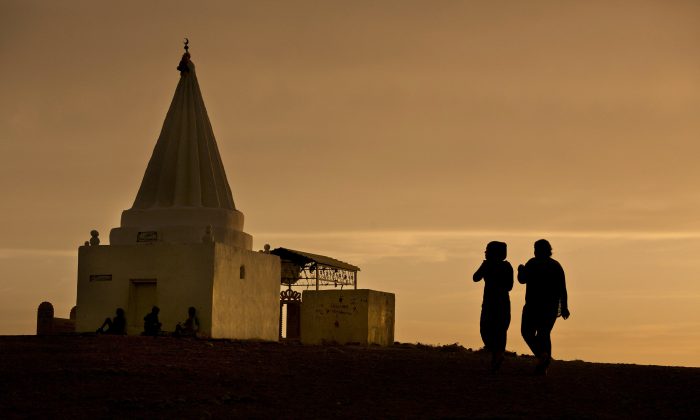 The sun sets as women visit a Yazidi shrine overlooking at Kankhe Camp for the internally displaced in Dahuk, northern Iraq, on May 18, 2016. (AP Photo/Maya Alleruzzo)
Viewpoints

In early May, the U.N. released a report updating its investigation into the horrid crimes perpetrated by the Islamic State in Iraq and Syria terrorists against almost every group in northern Iraq and eastern Syria. The goal of the investigation is bold—to hold accountable the ISIS thugs who committed the atrocities.

For several reasons, I was interested in the report’s update on the genocide ISIS thugs committed against Iraqi Yazidis when the terrorists invaded northern Iraq in 2014.

Genocide is the correct word. If it describes the 1994 campaign of mass ethnic murder waged by radical ethnic Hutus against ethnic Tutsis in Rwanda, then it definitely describes the mass murder and rape Islamic State monsters committed against the vulnerable Yazidis. ISIS’ mass murder and campaign of rape against the Yazidis had both ethnic and sectarian (religious) dimensions. It is deeply regrettable that political propagandists have used the word to shock and manipulate, labeling speech they dislike as “genocidal.” Real genocide is an unspeakable physical horror.

The Yazidi are ethnic Kurds but they are not Muslim. Their religion connects to older Middle Eastern and Mesopotamian beliefs. They worship the Sun (or a peacock fire angel) but water is also sacred. Scholars speculate their faith has proto-Zoroastrian roots. Evidence suggests they have lived in what is now northern Iraq for several thousand years. Sunni Turks and most Sunni Kurds regard them as heretics but not a threat. The exact number of Yazidis is uncertain, perhaps 200,000, though some sources claim twice that number, arguing many Yazidis hide their faith because they are vulnerable and subject to discrimination.

According to ISIS-aligned Muslim clerics, Yazidis are pagan heretics, so killing them and raping and enslaving the women is justified.

So ISIS’ ideologues entered northern Iraq and decided to exterminate them.

In August 2014, an ISIS force drove off a Sunni Kurd militia defending the Yazidi town of Sinjar.

The ISIS killers quickly executed 2,000 Yazidi men and began a systematic campaign of rape and enslavement of Yazidi women. The genocidaires also damaged and destroyed Yazidi cultural and religious sites. By the end of 2014, ISIS fighters would massacre at least 5,000 Yazidi men in the Sinjar region. An estimated 7,000 Yazidi women and children were enslaved. Eventually, nearly 10,000 women and children would be enslaved. More than 50,000 would flee into the mountains, facing death from exposure.

The U.N. investigators treated the attacks against Yazidi in the Sinjar region as one of “two core investigative priorities.”

Prosecutors intend to use the evidence to charge and convict the perpetrators in court. The report mentions several Iraqi courts with jurisdiction. The Iraqi government, with the help of the U.N. and Australia, is training and supporting Iraqi investigative judges to handle ISIS criminal cases.

Priority cases include those against ISIS “members who played a leading role in the implementation of sexual slavery practices.” Investigations and prosecutions are “being taken forward in a number of European and North American jurisdictions.” These ISIS members face charges of terrorism, genocide, and pillaging as well as enslavement.

Justice? Slow and uncertain. But it appears some of the most hideous crimes against humanity committed in the last decade may be punished.