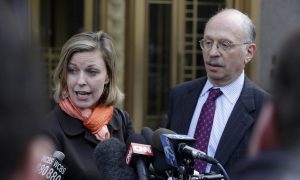 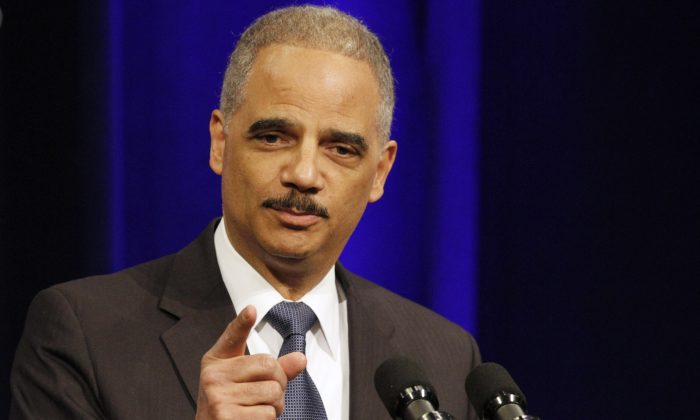 Eric Holder at an event celebrating his tenure as Attorney General at the Department of Justice in Washington, D.C., on Feb. 27, 2015. (Jacquelyn Martin/AP)
Opinion

Holder, who served as President Barack Obama’s attorney general until stepping down earlier this year, recently returned to his old home—Covington & Burling.

Where’s that? Well, it’s not actually a place, but a powerhouse Washington lobbying and lawyering outfit. It runs interference in Washington for such Wall Street heavyweights as Bank of America, Citigroup, JPMorgan Chase, and Wells Fargo—and it’s a place where Holder definitely feels at home.

After serving as a deputy attorney general in the 1990s, Holder was invited in 2001 to leave his government job and join the corporate covey of Covington & Burling lawyers. There, he happily hauled water for corporations until tapped to re-enter the government in 2009.

The most striking thing about Holder’s six-year run as America’s top lawyer was his ever-so-delicate treatment of the Wall Street banksters who crashed our economy in 2008.

Despite blatant cases of massive fraud and finagling, Holder failed to prosecute even one of the top Wall Streeters involved. Indeed, he kindly de-prioritized criminal prosecutions of mortgage fraud, and even publicly embraced the soft-on-corporate-crime notion that Wall Street banks are “too big to fail” and “too big to jail.”

It’s no surprise that Holder is once again spinning through the revolving door of government service to rejoin his corporate family at Covington & Burling. In fact, in his years away, the firm kept a primo corner office empty for him, awaiting his return home.

In a way, he never really left. But now his paycheck for serving corporate interests will be many millions of dollars a year. That should make this a happy homecoming.

Jim Hightower is a columnist for OtherWords, radio commentator, writer, and public speaker. He’s also editor of the newsletter, The Hightower Lowdown. This article was originally published on OtherWords.