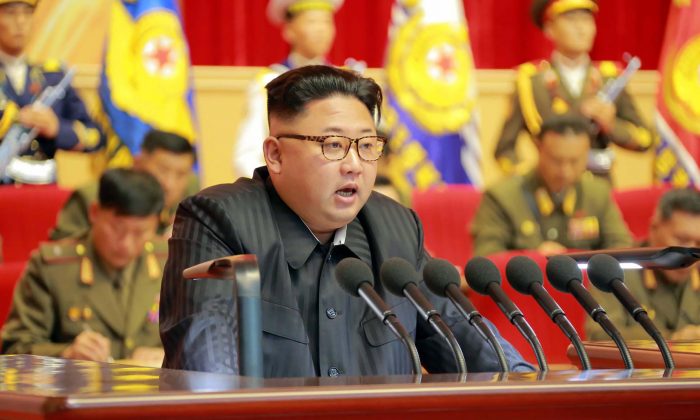 Supreme Leader Kim Jong-un, 32, recently celebrated the 68th birthday of the Democratic People’s Republic of Korea—in reality, a Maoist/Stalinist monarchy of three generations—by a fifth underground nuclear test. This followed his firing of three ballistic missiles into the Sea of Japan.

The raising of the nuclear threat to an even more dangerous level resulted in international calls for more economic sanctions, although judging from what was achieved by the ones in place during the past decade, new sanctions will do little to improve world security.

Virtually all of North Korea’s trade is with its neighbor China.

Virtually all of North Korea’s trade is with its neighbor China. After halting trade for a few days in response to the nuclear explosion, Beijing reopened the border. Its trucks were soon seen carrying everything from bricks to exhaust pipes over the Friendship Bridge on the Yalu River from China to North Korea.

Beijing will not enact sanctions mostly because it wants Kim to remain as a totalitarian buffer against South Korea’s highly successful democracy and export economy. The U.N. Security Council might therefore attempt to circumvent Beijing’s veto and impose a ban on the rogue regime’s coal and iron ore exports. Though unlikely, principled governments could also sanction any country that re-exports goods received from North Korea as China now does.

As well, something effective must be done quickly about the company Hongxiang Industrial Development, on the Chinese side of the Yalu River, which strongly appears to have been regularly sending aluminum oxide to assist Kim’s nuclear weapons program.

Chinese opinion appears to remains divided over what should be done more generally. Zhang Liangui of the Central Party School explains in comments made to NBC: “One view is that destabilization and regime collapse in North Korea and chaos along the border with China is the main danger to China’s security. The other view is that the escalating nuclear program of North Korea and the prospect of nuclear war is an even bigger danger to China.”

There is no doubt that the party-state leadership in Beijing objects to the planned deployment in South Korea of an American missile-defense shield—THAAD—that could shoot down missiles launched from the North. Japan might accept one as well, in view of the recent events. The public and political response across South Korea to the fifth nuclear test has been so negative that most MPs, as well as the government, now appear to favor deployment. Beijing had hoped that rising bilateral trade and investment with South Korea would gradually shift its loyalty from Washington to Beijing.

In 2014, a U.N. Commission of Inquiry accused Kim’s regime of crimes against humanity in North Korea and called for a case to be brought to the International Criminal Court (ICC). The chair, Justice Michael Kirby, explicitly criticized Beijing for its practice of forcibly repatriating North Korean refugees from China, where they face torture and sometimes execution. This is a blatant breach of the principle of non-refoulement, which prohibits returning victims against their will to face persecution.

Beijing has long simply ignored the suffering of North Koreans. The Kirby report described camps for 80,000–120,000 political prisoners in which they endure public executions, torture, sexual abuse, and starvation. Thousands have perished in the camps.

Because China’s government provides economic and military support to Pyongyang, senior Beijing officials could in theory be found liable for aiding and abetting those crimes. The report was a rare case of a U.N. body indicating that officials of a permanent member of the U.N. Security Council are complicit in crimes against humanity.

If China blocks the Security Council from engaging the ICC, as is likely, the General Assembly could set up its own tribunal for North Korea. The five permanent members of the Security Council would disapprove, but the international community can no longer ignore Beijing’s complicity in a rogue regime’s crimes against humanity.