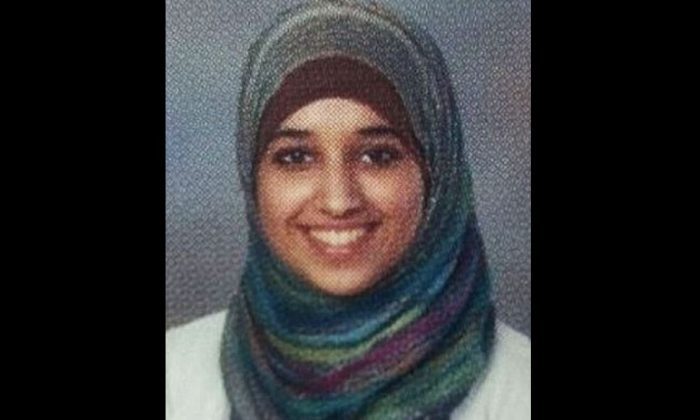 Hoda Muthana, ISIS Fighter’s Wife, Won’t be Allowed Into US

The United States said on Feb. 20, that a woman who traveled to Syria from Alabama in 2014 to join the ISIS terror group won’t be allowed back into the country.

In the first definitive answer on the subject, Secretary of State Mike Pompeo said: “Ms. Hoda Muthana is not a U.S. citizen and will not be admitted into the United States.”

“She does not have any legal basis, no valid U.S. passport, no right to a passport, nor any visa to travel to the United States,” he added. “We continue to strongly advise all U.S. citizens not to travel to Syria.”

The State Department hinted at Muthana’s status on Tuesday, noting she might not be an American citizen.

According to Kevin Corke of Fox News, Muthana is the daughter of Yemeni immigrants and attended high school and college in America but is not an American citizen. Her family told James Longman, an ABC correspondent who’s been sympathetic to Muthana, that she had a U.S. passport and was a citizen, indicating her passport may have been revoked.

For the record, #HodaMuthana is the daughter of Yemeni immigrants. She attended high school and college in the U.S. but is NOT an American.

Muthana traveled to Syria when she was 19 and ended up marrying three different ISIS fighters because her first two husbands, an Australian jihadi and a Tunisian jihadi, both died in battle.

It’s not clear if her third husband, a Syrian jihadi, is still alive.

Muthana used social media accounts to connect with extremists in the Middle East before traveling there and once there used them to spread calls to action among ISIS supporters.

Muthana, who is currently living in a refugee camp in northern Syria after U.S. forces and allies decimated ISIS in the region, was interviewed recently by the Guardian and ABC, saying she thought she should be allowed back into the United States.

“I’m a normal human being who has been manipulated,” she told ABC. “I hope America doesn’t think I am a threat to them and I hope they accept me … I hope they excuse me because of how young and ignorant I was. I can tell them that now I have changed, now I am a mother, I have none of the ideology and hopefully everyone will see it when I get back.”

She admitted to the Guardian that she “became jihadi, if you like to describe it that way.”

“I thought I was doing things correctly for the sake of God,” she said.

Moral maze: They traveled to Syria as young women intent on marrying and having children with Islamic State group fighters. Now their husbands are dead or detained and they want to return home https://t.co/jx3y9ktq0p

The day before Pompeo stated definitively that Muthana wouldn’t be allowed into the United States, State Department spokesman Robert Palladino told reporters that cases of American citizens or possible American citizens traveling to Syria “is by definition extremely complicated.”

He said the United States prefers that people who join ISIS are repatriated to their countries to face punishment.

“We’ve been clear on this and we’ve spoken on this publicly recently. Repatriating these foreign terrorist fighters to their countries of origin, ensuring that they are prosecuted and detained—that’s the best solution to preventing them from returning to the battlefield,” he added. “We view these fighters as a global threat and we seek global cooperation to resolve that threat.”