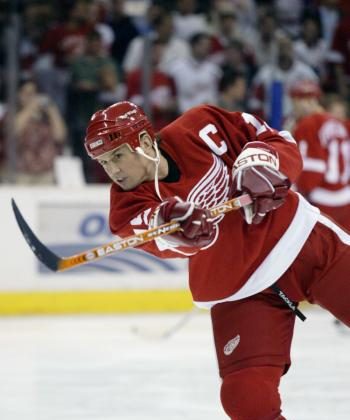 Leetch got a phone call, informing him of his induction into the Hall, while he was driving his car. In an interview with Canadian sports network TSN, Leetch said, “It was an amazing feeling. I just kind of sat back and said, ‘Wow!’”

Leetch played 17 of his 18 NHL seasons for the New York Rangers before finishing off his career with the Toronto Maple Leafs and then the Boston Bruins. He is widely regarded as one of the best defensemen to ever play the game.

Leetch scored 247 goals and 1,028 points in his career, and was one of only eight defensemen ever to score over 1,000 points.

Despite his amazing statistics, Leetch is perhaps known best in New York for playing an integral role in the Rangers 1994 Stanley Cup victory. In that postseason, despite players of the caliber of Mark Messier and Pavel Bure playing in the Cup final, it was the defenseman, Leetch, who was the highest playoff scorer. He was also awarded the Conn Smythe Trophy as playoff MVP.

Leetch remembered that year and reflected on the impact his famous teammate, Messier, had on his career.

Steve Yzerman is the longest serving captain of any team in North American major league sports history, having served in that role for 20 seasons with the Detroit Red Wings.

Yzerman, who is the sixth all-time leading scorer in the NHL, amassed 692 goals and 1,755 points in his career. He won three Stanley Cups while becoming the captain of the Red Wings, and a playoff MVP in 1998.

Leetch and Yzerman both entered the league as top prospects and through their careers, fulfilled their expectations of themselves.

Brett Hull and Luc Robitaille on the other hand, both faced challenges early in their careers, breaking into the league.

Robitaille entered the league to low expectations due to his slower skating speed, however he scored 45 goals in his rookie season, on the way to becoming the all-time leading scorer among left wingers in the NHL. He also won a Stanley Cup with Yzerman and Hull in 2002.

Hull, who came into the NHL under that shadow of his Hall of Fame father Bobby, and onto a stacked Calgary Flames team, ended up becoming one of the most prolific goal scorers in the game’s history.

He scored over 70 goals three years in a row and was one of the few players to ever score 50 goals in 50 games. Over his career he scored 741 goals and collected 1,391 points. He won Stanley Cups with Detroit and Dallas.

“How many great players are out in the workforce today, that never played in the NHL just because maybe they were in a bad situation, or the coach may not have liked them, or there were too many other good players at the time and they kind of got lost in the shuffle,” said Hull to a crowd of reporters.

“So I think being here … there is more than a little bit of luck involved as well.”

Lou Lamoriello, is a hockey lifer. In the 1950s, he served as a stick boy for an AHL team, and coached for 20 seasons at Providence College.

Inducted into the Builders category, Lamoriello, has been the president and GM of the New Jersey Devils since 1987, a 22-year span during which his team has only had two losing seasons.

Despite his success, Lamoriello reflected on those who would never get the kind of recognition he has.

He said it is, “almost sometimes embarrassing to get this type of recognitions when you know of all the people who do the things they do without any kind of recognition.”