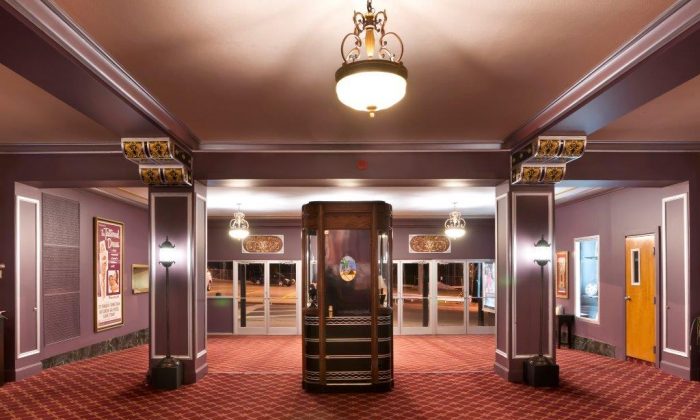 All have scenes from Orange County: Middletown, Port Jervis, Otisville
By Holly Kellum

MIDDLETOWN—The Hoboken International Film Festival (HIFF) is taking place in Middletown June 3–9 and among the 174 films that are being shown, 66 are from New York, and five are from Orange County.

Four of the Orange County films were written and produced by HIFF Chairman and Warwick resident Kenneth Del Vecchio, and the other was made by an Otisville-based film company, Swoop Films.

Swoop made “Hard to Believe,” a 56-minute documentary that examines the issue of forced organ removal from prisoners of conscience in China by government apparatuses.

One of the scenes was filmed in Otisville and another in Port Jervis.

“Cries of the Unborn,” written and produced by Del Vecchio, chronicles a jury’s deliberation over the fate of four people who allegedly kidnapped a woman from an abortion clinic to keep her from having an abortion. Most of it was shot outside the county, but a small portion was shot at the Paramount Theatre.

“Blue Lives Matter,” also written and produced by Del Vecchio, was shot at Temple Sinai in Middletown. The film follows a police officer through a murder case in which he conspires with a prosecutor, a judge, and a forensic scientist to manufacture evidence to lock up someone they believe is a murderer but who they don’t have enough evidence to convict. When their illicit activities are uncovered by a defense attorney who threatens to out them, a member of the group kills the attorney and the police officer is framed for the murder.

“Temple Sinai was a great location because it’s got so much to it,” Del Vecchio said in a phone interview. “Aside from having the synagogue and prayer areas, there’s a big ballroom, there’s basketball courts, many classrooms, there’s even batting cages in the basement.”

Del Vecchio said the film is unique in that it is the longest movie ever made in one shot and it is all from the point of view of the lead character, which is played by Del Vecchio, so his face is never seen.

“It’s kind of like a creative filmmaker’s dream movie,” he said.

Del Vecchio also wrote and produced “Hospital Arrest,” a pilot TV sitcom about doctors who are sent to prison in the hospital they destroyed with a physically-handicapped warden and guards to watch them.  That film was shot entirely at Touro College of Osteopathic Medicine, which used to be Horton Hospital.

“That’s just a 30-minute zany sitcom with tons of recognizable stars in it,” Del Vecchio said.

“Renaissance Man” is a “mocumentary” about Del Vecchio who says he has been called a modern renaissance man for his many hats—a lawyer, a former judge, a film festival owner, a novelist, a filmmaker, and now a politician as he runs for a seat in the House of Representatives.

“I totally roast myself in it,” he said. Most of the film was shot in the Paramount Theatre, with some shots in Westtown and outside the county.

“Hospital Arrest” and “Renaissance Man”—June 8, 8:00 p.m. at the Paramount Theatre