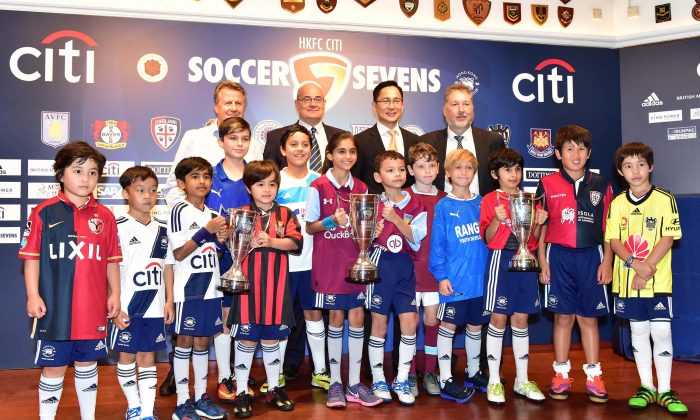 HONG KONG—The draw took place on Tuesday April 11 for this year’s annual HKFC Citi Soccer 7’s to be held at Hong Kong Football Club on 26-28 May 2017. The result of the draw was as follows:-

The seedings see the familiar faces of teams that have participated in prior year’s tournaments, joined by returnees Wellington Phoenix from the Australian A-League, and the new faces from Ligue 1, Bundesliga and Serie A, plus representatives from the Japanese J-League and Korean K-League, the Singapore Cricket Club, and local Hong Kong teams.

It will be hoped that some of the new participants can have a similar impact on the tournament as some of their predecessor’s in prior tournament’s such as when Spanish giants Atletico Madrid emerged as victors in their only year of participation, and when the J-League’s Urawa Red Diamonds were tournament victors for three consecutive years in an earlier era.

In the Veteran’s Tournament the draw was as follows:-

Citi All Stars will be looking to retain the title from last year, whilst USRC will be attempting to replicate their win from 2015, both looking to better the new entrants of Play On Pros comprising ex-players from the United Kingdom, and Wallsend Boys Club who are striving for their first tournament success in Hong Kong.