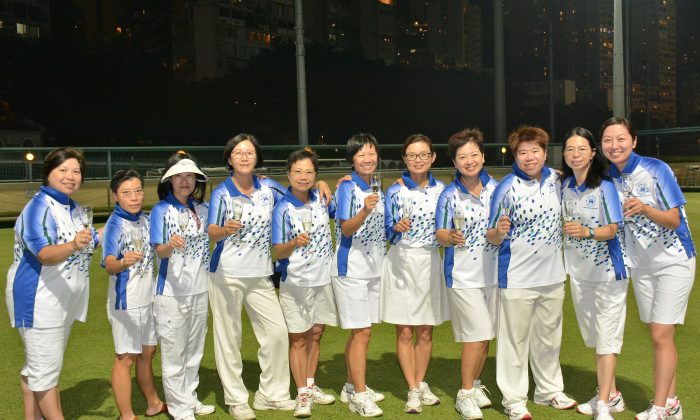 The team defeated fourth-placed Indian Recreation Club 8-0 at home last weekend to round off an impressive season. They registered 15 wins and finished with 105 points, 14 more than runners-up Shatin Sports Association.

A delighted HKFC captain Camilla Leung, who captained the team to eight of the last nine titles, attributed the success to the intensified training during the season: “We knew it would be more difficult after we won the title for the eighth consecutive time and broke the record last year as everyone will be targeting at you. We have set a more intense training program during the season and I am glad that it worked out fine.

“The fact that seven of the key members are in the Hong Kong squad also helps because they received additional training on a systematic basis in addition to our program.

“In addition to the regular training, the understanding of the team members also improved as all players have played as a team for the second year. This helped to add quality and maintain harmony to the team. Confidence also boosted when we are supporting each other so this is a result we deserved,” said Leung.

It was not all rosy for the team during the season. In the last game before the summer break they suffered their first defeat of the season in the hand of Island Lawn Bowls Club. This cut their lead from 12 points to a mere four points.

The defeat resulted in more training and they only lost one more time in the second half to retain their title.

The previous record of the longest sequence of winning the title was set nearly 100 years ago when the men’s team of Taikoo Recreation Club won it six times in a row from 1913 to 1919.

While HKFC were celebrating in jubilance with no concern on the outcome of the last game, United Service Recreation Club and Kowloon Cricket Club needed to fight against each other last weekend for the last survival spot.

Before the last game USRC was leading KCC by one point and whoever lost the game would be joining Craigengower Cricket Club to enjoy life in Division 2 next season.

After a tense match it was KCC who has the last laugh as they prevailed victorious in this crucial match, beating their rival 6-2 to stay in the division.

Next seasons new comer to the elite division will be Club de Recreio and City Lawn Bowls Club.