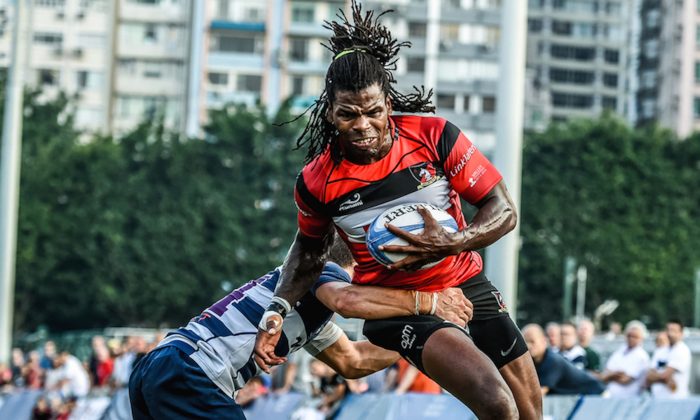 HKCC Push Further Ahead at the Top of the Premiership

HONG KONG—The top three clubs Leighton Asia HKCC, Bloomberg HK Scottish, and Societe Generale Valley all won their matches on Saturday Nov 1 to further increase the distance between them and the other clubs. With 6 of 15-rounds completed HKCC keep their unbeaten start to the season and further extending their lead at the top by taking a bonus point in defeating Borrelli Walsh Tigers 39-12. Now on 28 points after 6-matches HKCC lead the field by 6 points as second placed HK Scottish, although winning against Abacus Kowloon 19-10 failed to make a fourth (bonus-point) try. Valley also won (25-8) against arch rivals Natixis HKFC to keep them in 3rd place, but they are now 9-points behind the leaders.

The agony continues for Kowloon and HKFC who trail in 4th and 5th places respectively. Borrelli Walsh USRC Tigers are still on zero points.

Premiership-A
In the Premiership-A league the standings are looking much closer with Natixis HKFC Dragons leading with 15-points but close on their heels are Societe Generale Valley Knights on 13-points, and four teams, Abacus Kowloon 2nd XV, RB-SKA TSW 1st XV, Leighton Asia HKCC Exiles and Borrelli Walsh USRC City Tigers are all on 10-points. Natixis HKFC Scorpions are trailing on 7-points HKFC Dragons and HKFC Scorpions are the only teams to have played 5-matches the others have all played 4-games.

Next Matches
Hong Kong play Russia in a two-match series over the next two weeks, first in King’s Park on Nov 8 and then at HKFC Sports Road on Nov 15. Both matches start at 6pm. Also on Nov 15 at Sports Road is the Natixis Cup 2014 match between HKFC President’s XV and the Top-14 French rugby team, Racing Metro 92 starting at 3pm. Premiership matches restart on Nov 22.