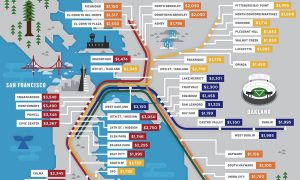 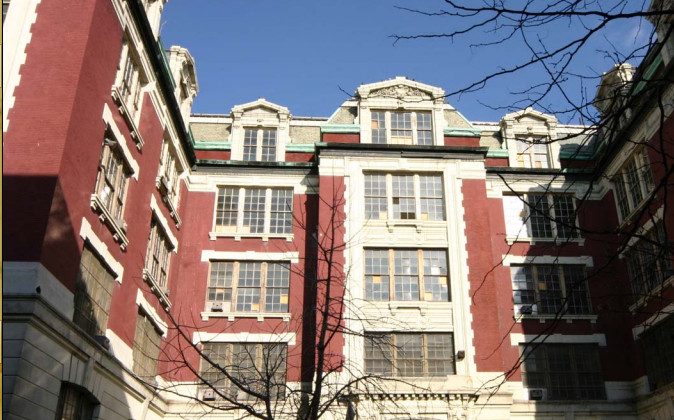 Historic School to Be Revived as University Dorm Amid Community Opposition

NEW YORK—This year, the long-empty and historic C.B.J. Snyder school building at 605 East 9th Street is supposed to undergo a complete renovation to reopen as a university dorm the following year.

The landmarked building was built in 1904–1906 by master school architect Snyder, whose French Renaissance Revival style school building has been not only an aesthetic addition to the city’s neighborhood but also an innovation in fireproofing, circulation, and construction.

It is a building filled with memories for the residents of the Lower East Side, who to this day continue to rally to bring back its history—often to the impediment of the building owner.

The building had served as a community center and was the first public school to offer a free, open-air theater to local residents.

Since a private developer purchased the building in 1998, redevelopment plans were continually stalled as residents fought to bring back a community center.

In 1998, Mayor Rudy Giuliani auctioned off the building—former P.S. 64—to private developer Gregg Singer for $3.15 million. Charas/El Bohio, a Puerto Rican community center, had been leasing the property at the time, and had done so since 1977 when the public school closed.

Unlike the other public buildings that were sold to not-for-profits for $1, this was sold to a private developer under an agreement that some space would be reserved for the community.

That caveat then fell by the wayside after the sale.

Community activists battled the sale for three years to no avail. Charas/El Bohio was evicted after the sale closed.

Residents fought to bring back a community center.

The five-story building continued to sit vacant when in 2006, local officials and community groups pushed for a landmark designation on the French- Renaissance exterior in memory of the aspirations of immigrants on the Lower East Side.

Singer opposed the designation at the time, arguing it would jeopardize over $30 million in air rights. His threat to do away with the facade in order to prevent land marking was taken contemptuously by those trying to save the building.

It was ultimately landmarked, and then in 2012 plans emerged to convert the building into a dorm. The current renovation plan includes work to preserve the building’s landmarked facade.

Council Member Rosie Mendez and local community members are now lobbying the mayor to restore a community center in the space. To their dismay, the new, would-be tenants are the opposite of a community anchor: transient renters who will come and go with the semesters.

Renovation plans have been filed, school leases on the dorm rooms have been signed, but work permits are still under review due to work violations from last year.

From Mendez’s position, the developer does not seem to have a solid plan while the community does. She remembers the countless organizations that sprung up from having a meeting space there, and hopes to have that space back for the community.

“A community center is a major footprint of the community for the past, present, and the future,” said Chino Garcia, executive director of Charas/El Bohio, who still has hopes the organization can run programs in the space again.

The developer does not seem to have a solid plan while the community does.
— Council Member Rosie Mendez

The developers see it differently. The Joffrey Ballet School and Cooper Union College have each signed on to rent two floors each already, and there are around 200 beds left for lease on the top two floors. It is slated for a 2016–2017 opening.

The design of the building itself, groundbreaking at the time, was what lent it to become a gathering point in the neighborhood.

P.S. 64 was the first and oldest of Snyder’s elementary schools that had direct access to an auditorium from the street, a function that allowed these buildings to be vital community centers, according to a summary written by Landmarks Preservation Commission researcher Virginia Kurshan.

It was built in the “H” shape, a style Snyder used for schools, with two wings on either side and open, paved courts facing the streets on either side of the cross piece of the “H.” It is terra cotta trimmed red brick, on rusticated limestone, on granite. The street-facing sides of the building have a facade of moldings in geometric designs.

It was the elementary school of several notable artists including Yip Harburg, creator of the lyrics for “The Wizard of Oz,” and Joseph Mankiewicz, producer of films including “All About Eve” and “The Philadelphia Story.”