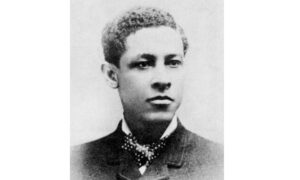 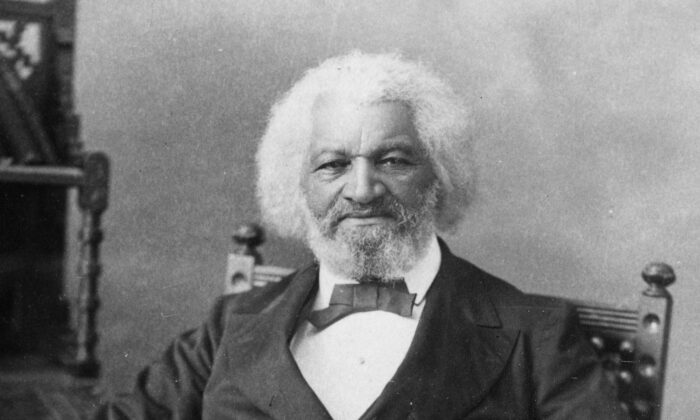 "To suppress free speech is a double wrong. It violates the rights of the hearer as well as those of the speaker," said Frederick Douglass (1817-1895). (MPI/Getty Images)
Life & Tradition

In a March 21, 2021, column (“One of the Most Significant Defenses of Free Speech in American History”), Boston Globe writer Jeff Jacoby quoted the great abolitionist Frederick Douglass:

“To suppress free speech is a double wrong. It violates the rights of the hearer as well as those of the speaker. It is just as criminal to rob a man of his right to speak and hear as it would be to rob him of his money.”

It’s a sad, tragic, and shocking commentary on what some parents and many schools are teaching these days that Douglass’s statement might not meet with majority approval in America. Recent polls indicate that more than half of the American public believe that the First Amendment (which guarantees free speech) “is outdated and ought to be rewritten.” Support for what is traditionally regarded as freedom of speech is lowest among millennials.

Political correctness, cancel culture, and presentism are erasing past events and people. Intimidation is all too frequent on campuses and in the public square. Heather Higgins, CEO of Independent Women’s Voice, says:

“Today, many Americans are afraid to express their beliefs out of fear of retaliation or being ‘canceled.’ What is happening right now isn’t about suppressing hate speech. It’s about suppressing history, facts, and viewpoints that some self-appointed woke arbiters who are looking to be offended have decreed are damaging and hateful. That’s a recipe for a society defined by fear, division, mistrust, intolerance, discrimination, and ultimately violence.”

If the rush to shout people down and shut them up doesn’t alarm you, then you’re no friend of freedom. When speech dies, other freedoms follow. For that reason, we must push back against anti-free speech barbarians. We must make it unmistakably plain that we will not be silenced, nor will we allow others to be silenced, for the sake of anybody’s pet project or political agenda.

Here is a selection of poignant remarks on behalf of freedom of speech. I hope it stiffens the spines of all who love freedom and who understand that speech is its first line of defense.

1. Milton: ‘Above All Liberties’

“Give me the liberty to know, to utter, and to argue freely according to conscience, above all liberties.”—John Milton, in “Areopagitica”

2. Frederick Douglass: ‘The Dread of Tyrants’

“Liberty is meaningless where the right to utter one’s thoughts and opinions has ceased to exist. That, of all rights, is the dread of tyrants. It is the right which they first of all strike down. They know its power. Thrones, dominions, principalities, and powers, founded in injustice and wrong, are sure to tremble, if men are allowed to reason of righteousness, temperance, and of a judgment to come in their presence. Slavery cannot tolerate free speech.”—Frederick Douglass, in his “Plea for Free Speech in Boston”

3. Orwell: ‘If Liberty Means Anything …’

“If liberty means anything at all, it means the right to tell people what they do not want to hear.”—George Orwell, in his original preface to “Animal Farm”

4. Einstein: ‘A Spirit of Tolerance’

“Laws alone cannot secure freedom of expression; in order that every man may present his views without penalty, there must be a spirit of tolerance in the entire population.”—Albert Einstein, in “Ideas and Opinions”

“If freedom of speech is taken away, then dumb and silent we may be led, like sheep to the slaughter.”—George Washington, to Officers of the Army

“Strange it is that men should admit the validity of the arguments for free speech but object to their being ‘pushed to an extreme,’ not seeing that unless the reasons are good for an extreme case, they are not good for any case.”—John Stuart Mill, in “On Liberty”

7. Justice Douglass: The Most Dangerous Subversion

“Restriction of free thought and free speech is the most dangerous of all subversions. It is the one un-American act that could most easily defeat us.”—Justice William O. Douglass, in “The One Un-American Act”

8. Trenchard and Gordon: No Wisdom Without Free Thought

“Without freedom of thought, there can be no such thing as wisdom; and no such thing as public liberty, without freedom of speech; which is the right of every man, as far as by it, he does not hurt or control the right of another. And this is the only check it ought to suffer, and the only bounds it ought to know. This sacred privilege is essential to free governments, that the security of property, and the freedom of speech always go together; and in those wretched countries where a man cannot call his tongue his own, he can scarce call anything else his own. Whoever would overthrow the liberty of a nation, must begin by subduing the freeness of speech.”—John Trenchard and Thomas Gordon in “Cato’s Letters”

Lawrence W. Reed is FEE’s President Emeritus, Humphreys Family Senior Fellow, and Ron Manners Global Ambassador for Liberty, having served for nearly 11 years as FEE’s president (2008-2019). He is the author of the 2020 book, “Was Jesus a Socialist?” as well as “Real Heroes: Incredible True Stories of Courage, Character, and Conviction” and “Excuse Me, Professor: Challenging the Myths of Progressivism.” Follow on LinkedIn and Twitter and Like his public figure page on Facebook. His website is LawrenceWReed.com.