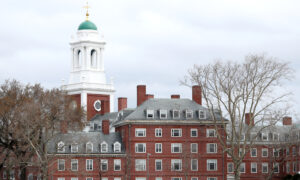 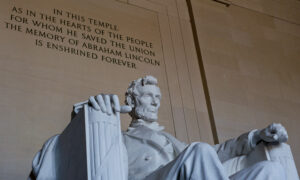 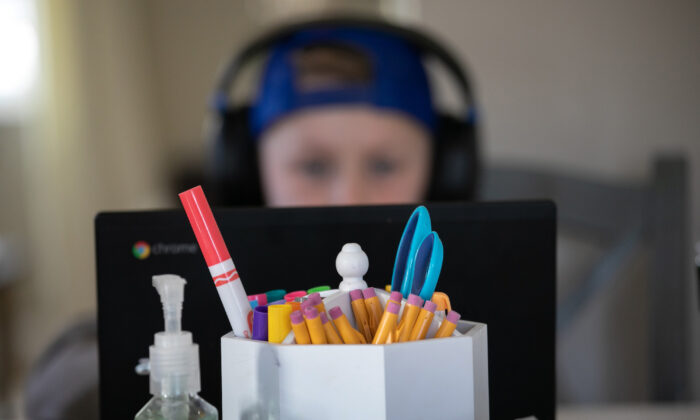 A student works on a home schooling project in New Rochelle, New York, on March 18, 2020. (John Moore/Getty Images)
US News

Reading and math scores among American students have seen “historic declines” since the adoption of the Common Core Curriculum Standards a decade ago, according to a report published Monday by Boston-based conservative think tank Pioneer Institute.

Rebarber observed that the scores of the National Assessment of Educational Progress (NAEP) tests in fourth- and eighth-grade math were rising at a steady pace in the decade before Common Core was implemented—from 2003 to 2013. During the Common Core era, however, scores at both grades fell, with eighth-grade math scores dropping at nearly the same rate as it was previously increasing.

The “shocking trends” were especially evident for the lowest-achieving students, reported Rebarber. While the very top-performing students have mostly maintained their pre-Common Core trend of gradual improvement, the lowest achievers took the hardest hit, wiping out gains they made in the decade prior to Common Core and further widening the achievement gap.

“The sustained decline we’re now seeing, especially among our most vulnerable students, simply cannot be allowed to continue,” Rebarber said.

The author also noted that Common Core proponents, motivated by progressive dogmas, refused to address substantive criticism of the quality of the standards.

“It’s time for federal law to change to allow states as well as local school districts to try a broader range of approaches to reform,” he added. “With a more bottom-up approach, more school systems will have the opportunity to choose curricula consistent with our international competitors and many decades of research on effective classroom teaching.”

The average reading score for American fourth- and eighth-graders saw a decline since 2017, according to the latest NAEP scores in reading and math, released in 2019. Changes in math scores between 2017 and 2019 were mixed, with an increase among fourth-graders but a decrease in eighth-graders.

“Over the past decade, there has been no progress in either mathematics or reading performance,” said Peggy Carr, associate commissioner of the National Center for Education Statistics, which developed the NAEP tests. “The lowest performing students—those readers who struggle the most—have made no progress in reading from the first NAEP administration almost 30 years ago.”