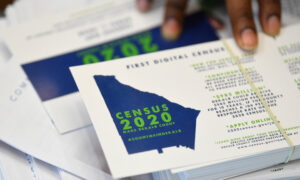 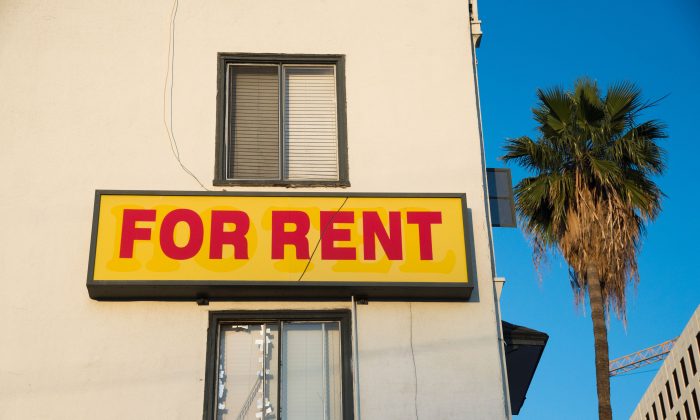 A "For Rent" sign is seen on a building Hollywood, Calif., on May 11, 2016. (Robyn Beck/AFP/Getty Images)
Southern California

Just-released Census Bureau data shows that as the CDC eviction moratorium was approaching expiration at the end of last month, 11.2 percent of renters in the U.S. were not confident they could make their next rent payment.

Within California, a state-level ban on evictions doesn’t expire until Sept. 30, and funds are available to cover 100 percent of rent for renters claiming a hardship related to COVID-19.

Even so, some 8.5 percent of California renters believed they would not be able to make their next month’s rent payment.

The U.S. Census Bureau conducted its “Household Pulse Survey” asking some 52 million Americans questions about housing, education and other factors affected by the pandemic. Included in the survey were 9.1 million Californians.

The survey results show that 11.8 percent of Hispanic-origin respondents in California reported they were not confident about making their next rent payment when the survey was taken during the period July 25 through August 2. This compares to only 5.5 percent of white respondents and 5.7 percent of black respondents.

Perhaps relevant to this wide disparity of Hispanic respondents not being confident to make their next rent payment, only 0.8 percent (i.e. less than 1 percent) of Californian Hispanic tenants reported that their rent payment is or would be deferred versus 5.5 percent of white respondents within the state.

Educational attainment was also a major determinant of whether a respondent was confident about making their next rent payment. Fifteen percent of tenants with less than a high school education were not confident they could pay their landlords the following month. Only 2.8 percent of respondents who graduated from college had the same concern.

Outside California, the numbers were even worse. Whereas in California only 8.5 percent of respondents were not confident about their next rent payment, 11.2 percent of all renters in the U.S. were not.