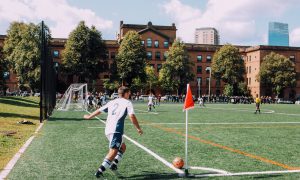 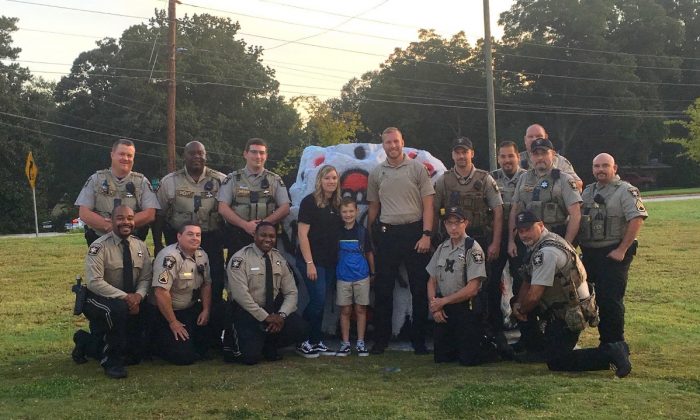 His Dad Died In the Line of Duty, So Sheriff’s Deputies Escorted Him to His First Day of School

The members of the Hall County, Georgia, Sheriff’s Office knew that the first day of school would be difficult for Caden Dixon; it marked one month since his dad died in the line of duty.

Because Deputy Nicolas Blane Dixon of Gainesville, Georgia, couldn’t be there for his 9-year-old son’s first day of class, the other deputies stepped in.

“He was having a rough morning because he didn’t want to go to school without his dad being there,” Sgt. Charles Hewell said in a statement. “Seeing his reaction when he saw us made everything worth it.”

On Aug. 7  morning, more than a dozen of his dad’s colleagues arrived at Enota Multiple Intelligences Academy in Gainesville and escorted Caden to class.

The deputies in Dixon’s Patrol Watch were a tight-knit group, according to spokesman Derreck Booth.

“Since the tragedy last month, members of the watch and other deputies, particularly Sgt. Hewell, have been actively involved with serving and comforting Dixon’s family,” he said in a statement.

On July 8, while on duty, 28-year-old Dixon attempted to stop a stolen car but was fatally shot, according to CNN affiliate WSB.

He was the father of two boys, Caden and 4-month-old Colt.

“He always had a smile on his face and was known for going beyond the call of duty to help citizens he came into contact with on his shift,” Booth said.

Dixon served with the department for three years. Four suspects, including the person accused of pulling the trigger, are in custody, according to WSB.