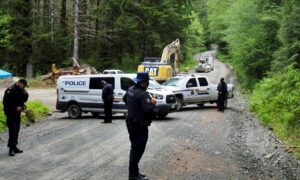 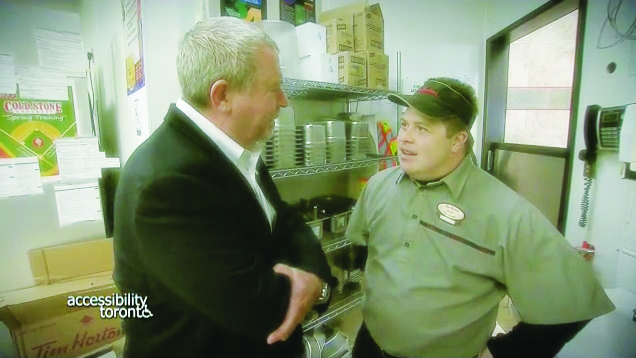 When Tim Hortons franchisee Mark Wafer hired Clint Sparling, a young man with Down Syndrome, to work at his busy Ontario cafe, he didn’t know the decision would transform his business and inspire a two-decade crusade for inclusive employment.

Sparling was a hard worker, never complained, and was always happy to be there, says Wafer. He rarely took sick days and boosted morale among the other employees. Nearly two decades later, Sparling is still part of Wafer’s team, is married, and owns his own condo.

“Very quickly after I hired Clint, I realized he was my best employee,” says Wafer, who now owns seven Tim Hortons locations in Ontario. “That’s why I continue to hire people with disabilities.”

Since opening his first Tim Hortons in 1995 Wafer has hired 91 people with disabilities (PWD) including 41 currently employed in his workforce of 210. He has also become a vocal advocate for more inclusive employment in Canada, spending countless volunteer hours presenting to government officials, CEOs, rotary clubs, and various associations on the benefits of hiring PWD.

The cause is also a personal one for Wafer. Partially deaf with only 20 percent hearing since birth, he himself struggled to maintain employment before becoming a business owner.

In 2012 Wafer was appointed to a federal panel looking to get more people with disabilities into the workforce. The resulting report found that in light of Canada’s aging population and a looming labour skills shortage, PWD comprise a valuable yet untapped labour pool.

About 3.8 million people, or 13.7 percent of Canadians aged 15 and older reported having a disability in 2012, according to Statistics Canada.

The unemployment rate for people with disabilities is currently 54 percent, compared to the national average of 6.9 percent, according to StatsCan. But Wafer estimates unemployment for PWD is actually closer to 70 percent if those who have given up looking for work out of frustration are included.

Not only is hiring people with disabilities the right thing to do, says Wafer, it can have a dramatic effect on a business’s bottom line.

Wafer notes that some of his PWD employees job-hunted for over 10 years before getting hired at Tim Horton’s.

“The job becomes precious to them,” he says.

Wafer’s stores’ stats are a testament to the potential of employing people with disabilities. Among his franchises the employee turnover rate is 35-40 percent—compared to the industry average of 75 percent (it costs about $4,000 to train a new employee).

In 2011 the absenteeism rate among Wafer’s 33 employees with disabilities was zero. He has never made a work-related injury insurance claim for an employee with a disability.

But the “myths and misconceptions” about employing people with disabilities remain the greatest barrier to more inclusive workplaces, says Wafer. Common concerns he hears from CEOs are that safety, productivity, or innovation could be compromised by hiring PWD. The greatest misconception, he says, is that bosses can’t fire an employee with a disability if things are not working out.

These fears are groundless, he says, citing several U.S. studies that show the opposite is true—people with disabilities often have higher safety awareness, take fewer risks, and show productivity and innovation on par with or better than average.

“The number one barrier to inclusive employment is attitude,” says Wafer, adding however that he is seeing improvement in awareness and understanding over the last five years.

The federal government has also moved to break down barriers to hiring people with disabilities in recent years.

Since 2008 over 1,100 projects have been awarded through the Enabling Accessibility Fund, a grants program that supports capital costs related to improving accessibility and safety for PWD in the workplace.

“Canadians with disabilities have a lot to contribute to our economic growth, but have traditionally been under-represented in the labour force,” said Employment Minister Jason Kenney in a December 2013 statement marking the launch of a new stream for the fund.

While Wafer applauds government efforts to support inclusive workplaces, he says real change depends on the private sector. Only seven percent of workers with disabilities are employed in that sector—the largest employer in the country.