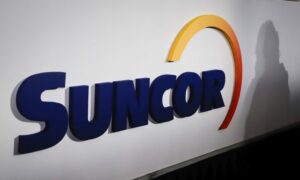 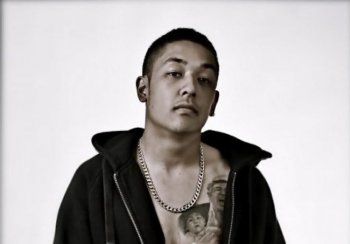 Vancouver’s Asian community has embraced the summit along with 27 other cities in North America. The summit has helped boost the careers of Asian hip hop artists such as Jin, Dumbfoundead, and Vancouver artists No Luck Club and Matt Brevner.

Ryan Ventura, AKA RCV, a representative for the AHHS in Vancouver, explained the origins of the summit.

“What started out as a little memorial show to honour the victims of the LA riots has turned into one of North America's premier showcases of Asian talent.”

Riots erupted in Los Angeles in 1992 after four LAPD officers, accused of brutally beating African-American Rodney King, were acquitted. Fifty three people died, thousands were injured, and 1,100 buildings were looted, burned, or otherwise devastated during the six days of rioting.

LA’s Koreatown was one of the hardest hit areas. In 2002, on the 10th anniversary of the riots, Koreatown’s Seoul International Park in LA gave birth to the Asian hip hop forum.

At this year’s AHHS, Vancouver’s own promising, fresh MC/producer Matt Brevner shined on Boss’s stage, serving up his down to earth B.C. rhymes to far-out and far-east Japanese flavoured futuristic beats from his newly-released album, Magnum Opus.

“I’m very proud of my heritage,” said Brevner, who was raised in New Westminster. “I’m half Japanese, one quarter Trinidadian, and one quarter German.”

He wrote most of the album while traveling in Japan, which gave him inspiration, he said.

“When you are out of your element, out of your comfort zone, and you have no one to rely on, you are forced to realize who you are, so for that reason it made it very easy to draw inspiration for writing this album.”

The track “Culture Shock” cleverly depicts his fish-out-of-water experience as a proud Canadian exploring his Asian roots while adapting to modern Japan. The highly versatile MC plans to shoot the music video in Japan next month.

One of Brevner’s strongest talents is his witty use of punch lines and hard-hitting messages that clearly capture the multicultural urban experience of Canada’s youth.

Lyrics from the powerfully vivid “Baby Don’t Cry” shed poetic light on the dark realities of a female friend from a wealthy family who travels on a path of loneliness, substance abuse, one-night stands, and STDs. “Escaping through alcohol, it’s a crutch, slowly through the years losing friendships and trust.”

While hip hop aficionados appreciate Brevner’s crisp beats and clever rhyming style, his deep, powerful and raw story-telling makes one wonder if his music could serve as an at-risk youth intervention tool.

“Hip hop is at a point right now where heavy metal was in the ‘80s and early ‘90s—it’s overly saturated and almost exploited,” said Brevner.

“I’m sick of plastic media. … I’m just going to make stuff that I’m feeling. I don’t want to come off as cliché in any way, and people are either going to love it or hate it.”

Although Vancouver is not a hotbed for hip hop, Brevner sees a promising future for local artists. “There is a lot of talent coming out of Vancouver right now and I think we can do good things.”