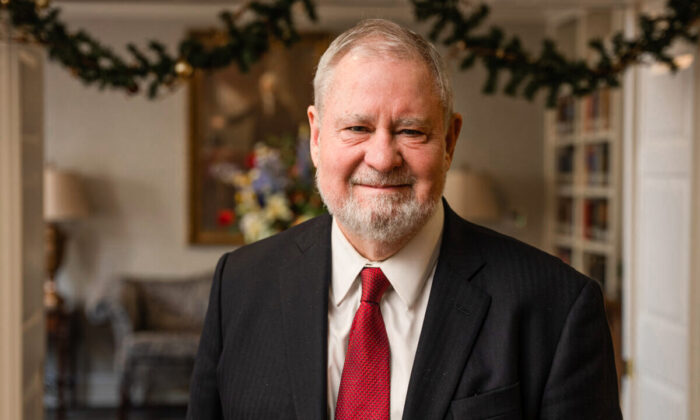 Hillsdale College’s Larry Arnn on Lockdowns, Education, and the Tyranny of Experts

The government’s pandemic response, while telling people to “follow the science” of its experts, has adopted a model of tyranny by the experts who have twisted the true spirit of science, according to Larry Arnn, president of Hillsdale College.

A veteran educator promoting education in the classics, Arnn described Hillsdale’s decision-making process for how to run the college during the pandemic as something akin to Aristotle’s description of practical judgment. “You consult the experts, you consult everything you know, you can consult the people from whom you get your authority—which in the case of a democratic country is the people. And you make the best practical judgment from day to day, because the facts are changing all the time.”

The government, however, employed a different decision-making model, which Arnn described as one on which the head of one department within the U.S. Centers for Disease Control serves as “the source of truth for something that shuts down large parts of the world economy,” with people expected to accept that this expert is “the only one competent” to make such a judgment.

Arnn noted that this model, while relying on the knowledge of some scientists, also ignores disagreements from a much larger scientific body. Despite the Great Barrington declaration, which was signed by over 50,000 infectious disease epidemiologists and public health scientists who recommended against lockdowns, the government’s health officials acted as if there was a consensus in favor of lockdown measures.

“Remember that the word ‘science’ comes from the Latin word ‘scientia,’ it means to know. That’s something different than to do, and it’s very hard to know everything,” Arnn said. “The proper spirit of science is observant and receptive, whereas when we have to act, we have to assert. And so we have delivered ourselves into the hands of people who have distorted their own art, or discipline.”

Arnn went on to highlight a difference between classical and modern political philosophy. He argued that thinkers of the classical world, as well as early American leaders who received a classical education, focused on how things naturally work and built their ideas on that reality, while modern thinkers focus on controlling and changing people’s perception of reality.

“In Book One of Aristotle’s ‘Politics,’ he condemned slavery, and he condemns it on just the ground that you condemn it, the same ground Abraham Lincoln condemned it: It’s taking from somebody something that is naturally theirs,” Arnn said. “Lincoln’s argument is: God made each of us with a head, a mouth, and hands—the implication being that the head should guide the hands in the feeding of the mouth.

“This rooting in the nature of the case, that’s the thrust of ancient political thought. Modern political thought, in its diseased and latest toxic versions, its idea is to remake humanity and its societies.”

Arnn then pointed to George Orwell’s political novel “Nineteen Eighty-Four,” in which protagonist Winston Smith, whose job is to constantly destroy, fabricate, and rewrite history, is forced to accept that two plus two can simultaneously equal four or five or whatever the ruling totalitarian regime says it can. He likened that to parents in Loudon County, Virginia, and he described the intimidation and threats they’ve experienced as “interference with the nature of things.”

“The trouble with tyranny is it takes the best in us and interferes with it,” Arnn said, saying that it’s natural for parents to want to be in charge of shaping their children’s upbringing and the values underlying their education.

“We forget that education is a fulfillment and exercise of our nature, not an engineering project,” he said. “We’ve got to stop thinking about education as making something—it’s not. You’re helping something grow, and things that grow have the principle and energy of growth inside themselves. You don’t do it for them.

“If you do it badly, you can only stunt them, because you’re trying to make them grow in a different direction from what they are. We’ve turned our sights on nature itself and attempted to overpower it. That’s why we’re distorting children today, and that’s cruel.”