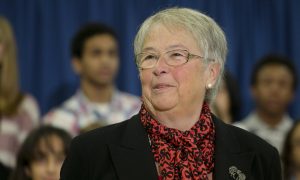 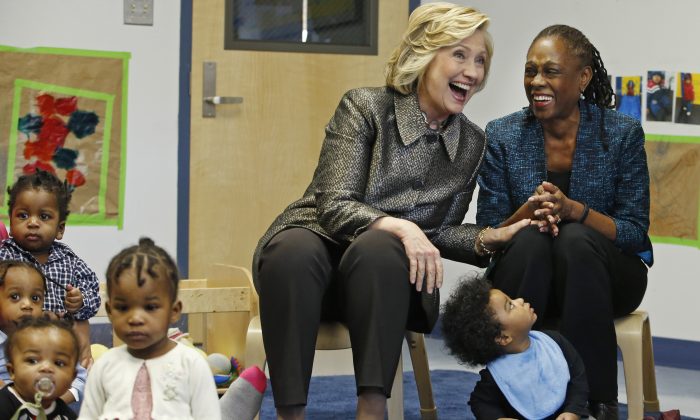 Hillary Clinton Wants You to Sing to Your Baby

On Wednesday, former U.S. Secretary of State Hillary Clinton, together with the first lady of New York City Chirlane McCray, announced the launch of the “Talk to Your Baby” campaign in the country’s most populous city. It is an effort aimed at encouraging parents to talk, read, and sing to their young children—to get them learning vocabulary and literacy skills from birth.

Not only will the city run ads in subways and taxis promoting the campaign, but parents can also sign up for weekly texts to come into their phones with tips on how to engage their children in conversation.

At the press conference Wednesday, Clinton joked that though her singing wasn’t very good, she made sure to sing to her daughter Chelsea every night when she was a baby.

“I would hold her in a chair, and sometimes we’d be looking out the window, and when you could see the moon I’d sing Moon River, my all-time favorite song at that time—until my daughter learned to talk. And the first words out of her mouth—just about—were to put her little finger on my mouth and say ‘no sing, mommy, no sing.'”

The initiative reflects Clinton’s long-held interest in childhood education and children’s rights, which began as early as during her years studying at Yale Law School.

In her second year studying law, Clinton began working at the Yale Child Study Center, where she helped represent neglected and abused children.

Later, when she moved to Arkansas with her husband and former president Bill Clinton, she continued to do pro bono work in children’s advocacy while working as a corporate lawyer, according to a biography on Clinton’s life, “A Woman in Charge: The Life of Hillary Rodham Clinton.”

While as first lady of the United States, Clinton was a major force behind the passage of the Children’s Health Insurance Program, a federal health care program for low-income families with children.

Clinton started the “Too Small to Fail” initiative in 2013 to promote research on early child brain development and encourage parents to adopt ways to improve their child’s health based on that research.

During the 2008 presidential primaries, Clinton crafted a plan to provide high-quality pre-kindergarten for all children in the country as part of her education agenda.

While it’s unclear whether she’ll do the same if she were to run for the 2016 presidential bid, it’s apparent that she has the support of New York City’s mayor and first lady, who together rolled out universal pre-K in the city last year.