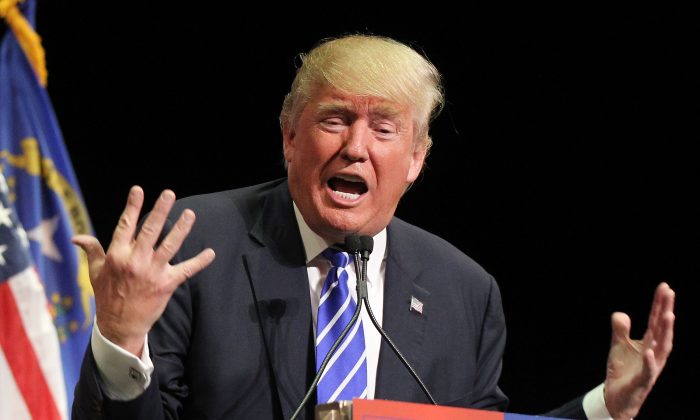 Hillary Clinton Slams Trump in Front of His Hotel

The appearance at a boisterous rally of the politically potent Culinary Workers Union was a win-win for Clinton, letting her signal her support for an influential union while taking aim at the Democratic party’s favorite foil. The union, which represents casino and resort workers, is trying to organize hotel employees and invited all of the five candidates in town for the debate to the rally.

Clinton was the only one who showed up, clad in a red pantsuit that matched the crimson union shirts. She urged the workers to “say ‘No’ to Donald Trump.”

The union has been trying to organize the Trump hotel for more than a year, before the billionaire leapt to the front of the Republican field with tirades against illegal immigrants. The union says it was approached by some of the 500 restaurant workers and maids at the hotel who wanted representation.

Eric Trump, an executive vice president at the Trump organization and the presidential candidate’s son, said workers at the hotel are largely happy.

“For years the union in Las Vegas has been trying to unionize this hotel, and they have been incredibly unsuccessful,” Trump said. “We have an incredible group of employees who have categorically rejected unionization.”

This story has been corrected to reflect that the labor rally occurred at Trump’s hotel in Las Vegas.